Is There Anything in the Old Man that is Worth Saving?

Is There Anything Inherently Good In The Old Man? 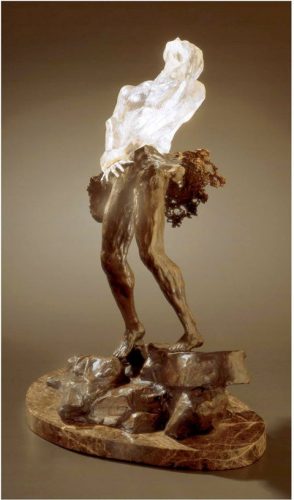 In several of Peter’s sermons, he has mentioned that the “Me” that God creates in us is the “New Man.” Saint Paul in his epistles urges us to replace our “Old Man” with the “New Man.”

One of our online followers said,

“This leaves me with a question: Is there anything in the Old Man that is worth saving, anything that is inherently good? It is my hope that that is so. But I am not sure whether you think so. I would like to think there is a residue of natural goodness in us, something that God’s grace builds upon to create the New Man.

“In one of your sermons, you quoted: ‘Wretched man that I am? Who will deliver me from this body of death?’ Rom 7:24 (ESV). Right before that quote is the line: ‘For I delight in the law of God, in my inner being, . . .’ Rom 7:22. Isn’t Paul saying that in our ‘inner being’ we have an admiration for God’s law? Isn’t that part of our Old Man nature, and isn’t that good?

“Granted, in the rest of the sentence Paul sees in his members ‘another law’ waging war against the law of his ‘mind.’ Nevertheless, it seems to me that there is a residue of goodness within the thinking part of our being, something we are born with, which though weak and in need of grace stays with us. This ‘mind’ part could very well be our conscience.

“Your thoughts on this would really help. Thanks.”

ANSWER FROM PETER: “I think these are great questions. Perhaps my biggest question is, ‘What’s reflecting on the New and Old Man?’ Is it part of the New or Old Man or is it the ‘I’–that exists in the eternal now, the Spirit that God first breathed into the clay?

Perhaps you remember messages where we spoke of how ‘I’ creates ‘me’ in time? The idea is that the ‘I’ in ‘me’ creates a ‘me’ with its choices in time. Based on a lie, ‘I’ create a false me, but is that ‘I’ inherently good? Well, I really don’t know. However, I think this may be part of the answer to your question, and historically a point of debate among theologians, and part of the discussion around universal reconciliation: What is that ‘breath’ or ‘spirit’ that God breathes into clay making a human? It must be the Spirit of God somehow (remember spirit and breath are synonymous terms). Well, that breath must be eternal and good, and perhaps this is what you’re speaking of?

No matter what, I do think there is something that remains of the ‘Old Man.’ Indeed you could argue that the entire Old Man remains—it’s just that we’ll see one day that he was empty. The New Man is the Old Man filled with Mercy. I think one day we’ll really see that nothing is wasted. So the Old Man is an integral step in creating the New Man.

I like to think of the Old Man as the void into which molten gold or bronze is poured in making a statue. A sculptor first makes the statue of wax then coats it with clay. He then fires the clay as the wax is melted and drained. Into the void that is created, he pours molten metal.

Perhaps the Old Man is like the wax or the void in the earthen vessel or both… but the New Man is the finished and permanent sculpture. Whatever the case, at least one thing remains in that process and that’s the shape. Of course, I’m speaking of much more than a physical shape, but a psychic emotional shape.

We ‘lose our psyches,’ but it’s our ‘psyches’ that we also find (Matthew 10:39). I think we can say that the Old Man is destroyed BECAUSE he is redeemed. The false is destroyed BECAUSE it is filled with truth. The shape of my shame becomes the shape of God’s Mercy, which is his glory in me. I think it’s a rather remarkable thought that one day I will have the exact same shape but an entirely different substance. Yet actually the process is already happening–each of us is part love and part not love. So the empty places are already being filled. The fire won’t destroy them for they’ve already been through the fire.

And maybe that’s a final thought: We’re not good at separating the Old from the New. So much of what you might think of as Old is already New. John writes, ‘…Whoever loves has been born of God and knows God. Anyone who does not love does not know God because God is love’ (1 John 4:7-8). I think that’s John’s description of the New and Old Man. I also think that means that there are many people who love but don’t know the name, Jesus. If John meant what he wrote, they are born of God. Of course they, and we, are also not born of God to the extent that we don’t love. ”

This devotional was prepared by Kimberly Weynen, Peter Hiett’s assistant. It is a compilation of a response Peter wrote to the listed question and a few of my own comments.