The Drug of Self Exaltation 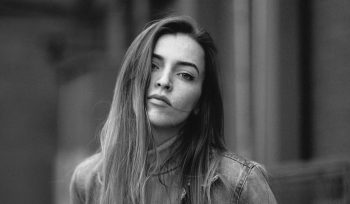 Do you ever take pleasure in watching a neighbor, co-worker, or someone in your life fail? I hate to admit it, but at times I do.

In one of his recent sermons, Peter described it like this: “Something in me still takes pleasure in watching a fellow pastor fail, for something in me whispers, ‘Peter look: You’re better than him. You’re not like him. You have just been exalted.’ It hits me like a drug and then fills me with despair, for I am then even more alone and it feels like hell…”

In the recent sermon titled: “To Be Not Like Other Men,” we explored the parable that Jesus told to some people who trusted in their own righteousness and treated others with contempt.

Luke 18:10-14 “Two men went up into the temple to pray, one a Pharisee (The Pharisees believed they were “separate ones” due to their religious convictions. It was a popular movement in Jesus’ day. They were like the Bible study leaders, the popular pastors and church leaders of their day.) and one a tax collector…” (Tax Collectors, on the other hand, had cut a deal with the Roman oppressors to collect taxes from their countrymen. It was expected of them to make a profit through extortion and betrayal.) The Pharisee, standing by himself, prayed thus: “God, I thank you that I am not like other men, extortioners unjust, adulterers, or even like this tax collector. I fast twice a week; I give tithes of all that I get.’ But the tax collector, standing far off, would not even lift up his eyes to heaven, but beat his breast, saying, ‘God, be merciful to me, a sinner!” I tell you, this man went down to his house justified rather than the other.” For everyone who exalts himself will be humbled, but the one who humbles himself will be exalted.

This parable is a good reminder: We may follow the way, do all the works of the law, but for all the wrong reasons.

He prayed “Thank you that I am not unrighteous.” He had the law. He memorized the Scripture, but he obviously hadn’t comprehended Scripture: Psalm 14, Psalm 53, and now Romans 3 say: “None is righteous, no, not one: no one understands; no one seeks for God. All have turned aside; together they have become worthless; no one does good, not even one.”

The truth is that the Pharisee is just like all men: takers, unrighteous, faithless . . . now enslaved to the desire to exalt himself by taking the good, and thereby killing the life. The Pharisee is “dead in his trespasses and sins,” just like all “other men,” . . . dead, not knowing he’s dead, but trying to resurrect himself from the dead. Anything faithful in him, anything righteous in him is Love in him, for only Love fulfills the Law. And God is love. As soon as he uses Love to exalt himself, he takes the life of Love and thereby crucifies Love.

So look around. You are different than everyone, but not better or worse.

Anthony De Mello, the Jesuit priest, used to say something like this: “Recall the kind of feeling you have when someone praises you, when you are approved, accepted, applauded. And contrast that with the kind of feeling that arises within you when you look at the sunset or the sunrise . . . or when you read a book or watch a movie that you thoroughly enjoy . . .”

The first feeling comes from exalting yourself. It’s called pride. The second feeling is humility. You’re lost, but found. You’re last, but first. You’re humbled, but the whole world is exalted.

Have you been trying to “get high” by putting others down to exalt yourself? Well, hear this: “Though he (Jesus) was in the form of God, “writes Paul, “he (singular) did not count equality with God a thing to be grasped, but emptied himself–made himself nothing. . . And being found in human form, he (that’s the One mentioned in the parable) . . . humbled himself, becoming obedient to death, even death on a cross.” Philippians 2: 6-8

God Almighty is not proud. He is humble.

In Romans 3: 22, Paul writes: “….there is no distinction (that means all men are alike, you’re not better or worse than anyone): for ALL have sinned and fall short of the glory of God, and are justified” by HIS GRACE as a GIFT, through the redemption that is in Christ Jesus, whom God put forward as a propitiation by his blood through faith. This was to show God’s righteousness . . . that he might be just and the justifier of the one who has the faith of Jesus.”

Do you see what this means? Jesus is your scapegoat. You don’t need another scapegoat. Jesus, who is first, has made Himself last, so you could be first. And He’s not only done it for you, He’s done it for the whole world!

John 2:2 He (Jesus) is the propitiation (“atoning sacrifice”) for our sins, and not ours only, but also for the sins of the WHOLE world!

This devotional was prepared by Peter’s assistant Kimberly Weynen. Did you like what you read? This is just a taste of one of Peter’s full sermons. To read the whole transcript and/or watch the sermon click on the link: To Be Not Like Other Men