Faith . . . Is it Reasonable or Unreasonable? 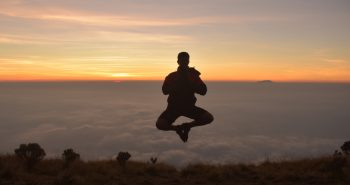 Have you ever heard Bill Maher talk about people who have faith in God? Take a look at what he says in this excerpt from his movie Religulous:

“I certainly, honestly believe religion is detrimental to the progress of humanity. You know it’s just selling an invisible product. It’s too easy. These questions about what happens when you die; they so freak people out that they will just make up stories and cling to them. People who are otherwise so rational about everything else and then, come Sunday, they believe they’re drinking the blood of Jesus…I preach: I don’t know.

(Addressing various people of faith) You are smart people. How can people believe in a talking snake, and the virgin birth? [A few people briefly share about their faith while ‘Jesus is just alright with me’ plays in the background.]

Religion must die for mankind to live. The hour is getting very late to be able to indulge in having key decisions made by religious people… Faith means making a virtue out of not thinking. It’s nothing to brag about. And those who preach faith, and enable and elevate it are intellectual slaveholders, keeping mankind in a bondage to fantasy and nonsense that has spawned and justified so much lunacy and destruction. Religion is dangerous because it allows human beings who don’t have all the answers to think that they do. Most people would think it’s wonderful when someone says, ‘I’m willing, Lord! I’ll do whatever you want me to do!’ Except that since there are no gods actually talking to us, that void is filled in by people…with their own corruptions and limitations and agendas. This is why rational people must end their timidity and come out of the closet and assert themselves. That’s it. Grow up or die!”

Is he right? Is faith unreasonable? Does having faith make a “virtue out of not thinking”?

Science is the study of what we can predict through observation in a controlled environment. So if an apple repeatedly falls at 32 ft/s2, science says we predict that it will fall at 32 ft/s2 in the future. We call this the law of gravity, but we don’t know it’s a law. We just know that’s what apples and our experience normally do. So if one day you see an apple floating in the air, or a man walking on water, it is not necessarily unreasonable; it’s unusual so you might want to pay attention. For perhaps there’s a reason he’s walking on water. The reason is one that you haven’t encountered before that’s reasonable.

GK Chesterton wrote: “all the terms used in this science books, ‘law, necessity, order’… are really unintellectual because they assume an inner synthesis which we do not possess.”

You see, science tells us what happened but not why — not the reason.

Chesterton goes on: “the only words that ever satisfied me as describing nature are the terms used in fairy books: ‘charm, spell, enchantment.’ They express the arbitrariness of the fact and its mystery. A tree bears fruit because it’s a magic tree. Water runs downhill because it is bewitched.”

That is, gravity is not a law, gravity is like someone’s decision. It exists because someone said it should, and if the water runs uphill perhaps that’s someone saying something new.

My point is that just because something is unusual that doesn’t make it unreasonable, or if it is unreasonable it’s no more unreasonable than fruit on a tree or water running downhill.

However, there are some things that are usual that seem pretty darn unreasonable. They may not violate reason or contradict reason, so they may not be unreasonable in that sense, but they can’t be explained by reason.

So if Bill Maher thinks a 900-year-old man is unreasonable, he should think these things are really unreasonable:

Beauty —If someone said, “Hey that sunset is beautiful.” And you said, “Why?” They couldn’t give you a valid reason. No one can explain it; it’s unreasonable. You can’t reason your way to beauty.

Life—Darwin didn’t explain life; he explained death. What’s the reason for one entity serving another entity and forming a life? Why does Bill Maher want to live or think it’s rational that others live? Why does he think life is more rational than death? That’s unreasonable.

You see? Bill Maher is very religious. He has faith in his own reason.

Logos is translated “the reason” or “the word.”