(A Meditation on Several Parables in Matthew 13) 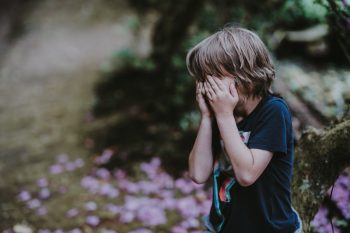 Do ever feel like you just can’t keep up? Like you’ll never be able to work hard enough, be good enough, do whatever it takes to be able to reach that place of rest you long for? Well, maybe you’re right! Maybe you can’t afford Heaven, BUT God can afford you!

In Matthew 13:44-50 we find 3 stories that teach us about the surprising path to the Kingdom of Heaven. Story one: Matthew 13: 44 “The kingdom of heaven is like treasure hidden in a field, which a man found and covered up. Then in his joy, he goes and sells all that he has and buys that field.”

We think that to find heaven on earth, one must achieve greatness in some way. One must be “outstanding” in some field. You know, the man in this first story is literally out standing in a field or walking in a field, or maybe he was plowing in the field. All of a sudden, “clunk!” The plow hits a box and he finds treasure! Well, who buried this treasure? If it was the owner of the field, why would that owner sell the field–unless, of course, he wanted this man to find the treasure? Well, the man in the story bought this piece of earth, but there’s no way he could afford the treasure.

Story two: Matthew 13:45 “…The kingdom of heaven is like a merchant in search of fine pearls, who, on finding one pearl of great value, went and sold all that he had and bought it.”

In Jesus’ day, pearls were the most beautiful of all treasure, and yet they are found in the last place you’d expect…in an oyster (to the Jews – unclean), in the mud, on the bottom of a shallow sea –Not just a dirty place, but also a painful place. A pearl forms around a wound in the body of an oyster, so an oyster first experiences a pearl as pain. It begins as an irritation: It begins as a rough piece of sand lodged in the flesh of an oyster. Perhaps all your irritations are the beginning of a pearl.

Story three: Matthew 13: 46 – 50 “…the kingdom of heaven is like a dragnet… that was thrown into the sea and gathered stuff (“fish” – supplied by translator) of every kind (genos – “genus”). When it was full, men drew it ashore and sat down and sorted the good into containers but threw away the bad. So it will be at the end of the age. The angels will come out and separate the evil from the righteous and throw them into the fiery furnace. In that place, there will be weeping and gnashing of teeth.”

Jesus says this dragnet would be dropped into the depths of the sea. The sea, for the Jew, was a picture of death and hell–that is Hades. In Revelation 20:13, at the “close of the age” death, hell, and the sea give up the dead that are in them and they are judged (krino/krisis) – that means “to separate.” You know, a net gathers in both the good and the bad, and a fisherman later separates the good fish from the trash. Some would argue that the good are certain people and that the bad are other people. But I would argue that they are an entirely different “genus,” a different species. They don’t convert. So the good are “sons of the kingdom,” lost, but now found by the net. And the bad are “sons of the devil,” not people, but false people, imitation people, the people we think we create – the old man – our pride. If you think that’s who you are, you will weep and gnash your teeth on Judgment Day. But if you believe God’s Judgment in Christ Jesus, you will surrender your pride in absolute joy; for you will see that you have been given the righteousness of God. Instead of being burned by Grace, you will delight in Grace!

Did you notice? In all of these stories, the kingdom of heaven is found in messy places: a field of dirt, an unclean animal of the sea, a net. Jesus says, “The kingdom of heaven is like that. It’s found in dirt, pain, and chaos.” It’s found in a mess. And it’s hidden!
Why is it hidden?
Why do we have to look?
Why doesn’t God just hand it to us and say, “Here you go?”
Why would the Father hide His Kingdom in dirt, pain, and chaos?
Why would Jesus hide His meaning in these confusing parables?

Have you ever played Hide-and-Seek? It’s a great game, especially in the dark. It’s a thrill to seek and to find, it’s even better to hide and be found. The hiding and the seeking increase the value of the person being sought… Hide and Seek creates desire.
Well, maybe that’s why the kingdom of heaven is hidden. In order to truly appreciate something, you have to be separated from it.

In the first story, the finder is separated from “all that he has,” but he’s separated by joy. “In his JOY he sells all he has and buys the field.”

In the second story, the seeker is separated from “all that he has” by finding the pearl. He freely “went and sold all that he had and bought it.”

After telling the disciples these stories, Jesus asks, “Do you understand?” The disciples answered, “Yes” (Matthew 13:51) But in reality, they don’t understand, and they don’t seek. Like Isaiah and Saint Paul write, “None is righteous. No one understands. No one seeks.” We should, but we don’t.

Matthew 13: 44-50 In the first parable, the man really doesn’t seek the treasure. He stumbles on it almost like someone put the treasure in his path, so once seeing it he’d sacrifice everything for it.

But in the second parable, the Pearl Merchant does seek the pearl, and He can afford this pearl . . . of great price. And He pays “the great price.” Jesus uses a different word here, “Sell” is piprastio – it was used for selling slaves. The Pearl Merchant sells all He has and is . . . to pay for the pearl. It’s like He empties himself and becomes a slave in order to purchase this pearl. Jesus is the merchant and we are His pearl.

In the third parable, Jesus said, “the kingdom is like a dragnet” that draws all things to itself. In John 6: 44 Jesus says, “No one can come to me unless the Father draws him…” See? No one seeks! BUT the Father seeks. And how does the Father seek?
John 12: 31 “Now is the judgment of this world,” says Jesus, “and I, when I am lifted up (and he spoke of the tree) I will draw (like a great dragnet) all people to myself.”

So today, instead of or trying to earn Heaven or your heavenly Father’s approval…

Rest in the hope that your Father loves you so much He has purposely hidden treasure for you in all the dirt and muck this world.

Rest in the grace that you are treasure so valuable that He empties Himself, pays all that He has, and all that He is, to become a slave in order to purchase this pearl.

Rest in the truth that even if you don’t seek Him, even if you run away from Him, He is drawing you to Himself in love, and He is saving the true you!

This devotional was prepared by Peter’s assistant Kimberly Weynen. To dig into these things further, click on the link to read the whole transcript and/or watch the sermon: Heaven and How to Find It