Forgiven 14 Billion Years Before You Chose to Sin 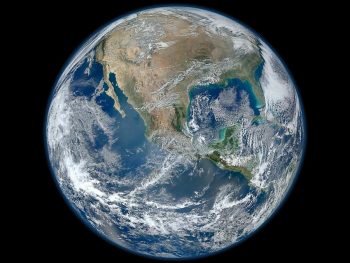 A friend of mine tells about a young evangelist he watched evangelizing people in the airport. The evangelist stood in front of an elderly, black man sitting nearby. He cleared his throat and said, “Excuse me, sir, but are you saved?” Softly the old man said, “I am.” The evangelist said, “Can you tell me exactly when you were saved?” The old guy said, “Not exactly. It was about 2,000 years ago…but I just found out about it recently.”

That’s a pretty good answer. Paul might push it back even further, for you were chosen in Christ from the foundation of the world.

Space and time (chronological time) are created realities. So if you were chosen in Christ before the foundation of the cosmos, before the Big Bang, that means God chose to forgive you in Christ at least 14 billion years ago (as we measure time). He chose to forgive you 14 billion years before you chose to sin. And He hasn’t forgiven some of your sin; He has forgiven all of it. It was all nailed to the cross in Christ Jesus, and that was the decision, the plan, from before the foundation of the world.

From the foundation of the world, He chose to forgive my sin—all my sin, all your sin.

I think Scripture is saying all our sins have been forgiven: past, present, and future.

So in reality, you truly are forgiven. You don’t owe God anything that hasn’t already been paid. And if you think you do, you’re trapped in an illusion, a lie, a darkness, a nothingness where you punish yourself, trying to pay imaginary debts and demanding imaginary debts be paid by others. But forgiveness has happened at the edge of time and eternity. It happened at the cross, and that’s why we’re told to proclaim it.