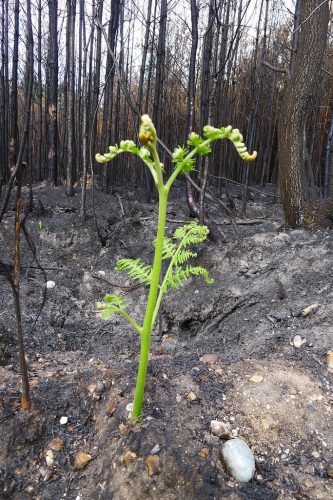 So Jesus says, “Whoever HEARS these words of mine and DOES them will be like a wise man who built his house on the rock.”

Do you remember Peter in the Bible?

You know, Peter is the kind of guy that certainly seems to be trying to DO Jesus’ words. He is the one who said, “We’ve given up everything to follow you.” And asked, “Lord how many times should I forgive?” And boldly declared, “Lord, I am ready to go with you to prison and death.”

It seems like Peter genuinely wanted to build a good house and like he was really trying to build it on the right foundation. Yet, despite all of his efforts, he denied Christ three times! The house he was building, when tested by the storm, crashed to the ground. Imagine how Peter felt! He must have felt that all his efforts were just a pile of ashes!

The next time, after this parable, Jesus says, “rock” in the Gospel of Matthew, he’s talking to a man he nicknamed Rocky–that’s Petros in Greek, Peter in English. Peter confesses that Jesus is the Christ and Jesus says, “You are Rocky, and on this rock, I will build my church, God’s house, I will build.”

You know often we, just like Peter, think we ourselves need to be the wise builder, but Jesus tells Peter (and I think us) that HE will build the house. It’s like, in order for us to be a wise builder, we need to let JESUS do the building.

Think it through:
His words are like the rock.
The rock is in Peter.
Jesus has spoken himself into Peter.
Faith in Peter is like Jesus in Peter.

Jesus said, “You must lose your life in order to find it.” You must lose the house you have built to become the house God builds, and that’s actually according to plan, for God reveals our new house on the ashes of our old one.

It’s like we all have two houses.
One that we build that must fall.
And one that God builds with us that is eternal.

Psalm 127:1 says: “Unless the Lord builds the house the workers labor in vain.”

So you might ask, “Does that mean I do nothing?” No, it actually means you do everything! You hear Jesus’ words and do them. Did you know the word “do” in the Greek is poieo the word poiema comes from poieo, it’s where we get our word poem? So how do you DO his words? Well, you listen to The Word and you let The Word express them in you and through you like a poem or a dance, not because you know the words but because The Word knows you.

So next time you look at your life and it looks more like a cross than a villa, maybe it even looks like a pile of ashes, be encouraged: Even though the house that you build will fall, The Wise Man is building; HE is doing!

Surrender the house that you’re trying to build to the Wise Man.
Don’t be afraid of His Judgment, for God reveals our new house on the ashes of our old one. And listen to His words, for He’s Doing: He’s building a poem–a masterpiece! And you will do them too, for you’re part of his poem!

This devotional was prepared by Peter’s assistant Kimberly Weynen.
To dig into these things further, click on the link to read the whole transcript and/or watch the sermon: Our House