God’s Goodness in the Midst of Our Doubt 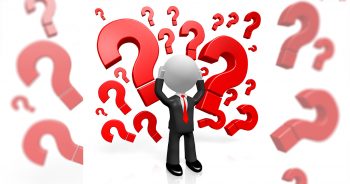 I used to wonder: Why doesn’t God provide a watertight proof for His own existence?

Why doesn’t Jesus appear to all doubters the way He appeared to Paul on the road to Damascus? Why didn’t Jesus come down off the cross when the Pharisees said, “If you’re the Christ come down.”

And why didn’t He appear resurrected before Herod, Pilate, and the Roman Senate instead of before weeping Mary standing outside His tomb?

Honestly, in the gospels, it’s like Jesus goes out of His way to make sure that no one has to believe, but that there’s always room for doubt.

Some places in Scripture say He would not (or could not) perform a sign; for they did not believe. But, in those sorts of instances, wouldn’t you think He would perform a sign so they would believe or could believe. But He acts like the sign might keep them from believing the way He wants them to believe.

Karl Barth wrote: “Note well: In all the Bible, of the Old and New Testament, not the slightest attempt is made to prove God.” And think about this: If you did prove God (in your personal laboratory), would that be God? And if you tried to prove God, what would you prove Him with? Reason?”

James 1:6 says, “The doubting man is like a wave of the sea driven and tossed by the wind, for that person must not suppose that a double-minded man, unstable in all his ways will receive anything from the Lord.”

This devotional was prepared by Kimberly Weynen. It is primarily a compilation of excerpts from Peter Hiett’s sermon titled “Doubt.” You can read, watch, or listen to the full version here: Doubt