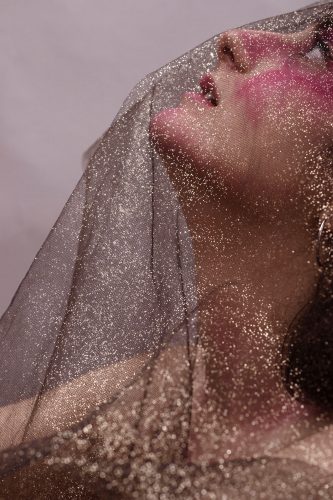 In Scripture, God talks about His people as both a harlot and a bride. But what makes His people a bride versus a harlot?

Several years ago, I rolled over and gazed into the face of my new bride. The day before, we’d entered into a covenant. That night, we celebrated the sacrament of that covenant as we communed—body and blood, in the sanctuary of our covenant love. I had given her myself and all my things with me. She opened her eyes, gazed into my face, and said, “Now… what do I get?! I serve you; I cook and clean. I have sex with you…Now, what do I get?” It absolutely broke my heart. And I began to bleed, and bleed, and bleed, and bleed. The blood flowed off the bed, out the door, and covered the whole land to the depths of a horse’s bridle. Now, of course, that didn’t really happen… to me. What bride would ever say such a thing to her groom?

In Matthew 19:30 – 20:16, Jesus tells the story of a landowner who hired laborers to work in his vineyard early in the morning. He agrees to pay them a denarius for a day’s work. He then went out later and hired some others and said, “Whatever is right I will give you.” When evening came, he paid the laborers. When those who were hired later were paid, they each received a denarius. But when those first hired came, they thought they’d receive more, but they too each received a denarius. Then they complained…

Also, in Matthew 19, Jesus crossed the Jordan to redeem His whoring bride–Israel, and He talks about receiving the kingdom as a child. Little children receive everything by grace, not works. They work, but we call it play because they don’t work for a wage. No matter how they work, their Father still provides for their daily need. They work freely, out of love. So work is its own reward.

Well, what is it, “to work in a vineyard?”
And why would someone want to work there, if not for a wage?

If you’re a student of Scripture, you may remember that a vineyard is mentioned in Song of Solomon, and Song of Solomon is a love story. In that story, “the beloved” was a servant or slave girl (one of “the last.” She’s made to work in the vineyard by her brothers – probably Solomon’s vineyard.) Yet, she herself is a vineyard, and she’s fallen in love with Solomon and gives him the fruit of her vineyard (Song of Solomon 7:8-12).

At the end of that passage, she sings: “Solomon had a vineyard in Baal Hamon; he let out his vineyard to tenants. Each was to bring for its fruit a thousand shekels of silver. But my own vineyard is mine to give; the thousand shekels are for you, O Solomon.” In other words, this fruit is free.

As you know, Solomon is the “son of David,” and a picture of Christ. And then this is a picture of the Bride of Christ – one servant girl, The Church.

Isaiah 5: 1‐6 I will sing for the one I love a song about his vineyard: My loved one had a vineyard on a fertile hillside. He dug it up and cleared it of stones and planted it with the choicest vines. He built a watchtower in it and cut out a winepress as well.

Isaiah 5:7 The vineyard of the LORD Almighty is the house of Israel, and the men of Judah are the garden of His delight (NIV).

So Israel is a vineyard, and we are the Israel of God, the Church, the Kingdom is a vineyard, and the Lord calls us to come work in it. To do His work is to obey His commandments, keep the law, but there are different ways of keeping the law. If you work for a wage, then you are A tenant, an employee, a servant girl, a maid, or a harlot. But, if you work for another reason, another logos, you’re something else. It’s the same work, but an entirely different reality.

It’s much like the stories of Cinderella, or the maid in Manhattan or even Pretty Woman. When Cinderella becomes a bride, she stops working for a wage, but she’ll still work, she’ll still serve – not as a slave, but a princess. The maid in Manhattan will still cook and clean for the very same guy. She’ll do the same work, but not for a wage. She’s no longer a maid – but a bride. And Pretty Woman will no longer have sex for a wage. She’ll no longer roll over and say, “What do I get?” Do you see? It’s the same work – but not as a harlot, but a bride.

What do you want? A wage?
Is that why you work the vineyard?
If so, maybe you’re not really even working the vineyard.

Do you know what the vineyard is producing? This vineyard bears fruit. The fruit is grapes. I think they are like grapes of wrath, for the grapes are placed in a winepress and trampled. The grapes are crushed, they bleed, and that blood turns to wine. That wine must be mercy. Jesus said, “I desire mercy . . . for I came not to call the righteous, but sinners.” He’s quoting Hosea. Remember Hosea was commanded to marry a harlot, and then shower her with mercy that she might be redeemed, for that was what God was doing with Israel – His vineyard. The fruit of this vineyard is mercy, hesed–covenant love.

Bride of Christ, Your Beloved wants you!
Do you believe it or do you feel like you have to earn it?

This devotional was prepared by Peter’s assistant, Kimberly Weynen. To dig into these things further, click on the link to read the whole transcript and/or watch the sermon: The Vineyard (10 Years Later)