Is Your Heavenly Father a Monster? 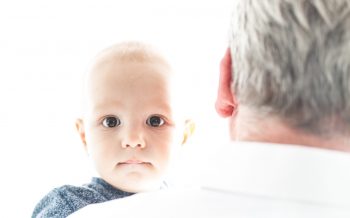 Can God, our Heavenly Father, be Love & a monster, all at the same time? We’re bombarded with messages, even from the church at times, that might make us think so.

Damnation, in many people’s minds, is a place where God’s wrath never ends, where God takes life, and yet sustains life, for the torture never ends. So, with that logic, it’s a place where the works of the devil are not “destroyed,” but “maintained” by God.

But Scripture teaches that God is Love, God is Holy, God is a Consuming Fire, and God is One. His very substance, His very white-hot brilliance is our Judgment.

Let’s look at the scripture referenced in the statement of faith above: “… for an hour is coming when all who are in the tombs will hear his voice and come out, those who have done good to the resurrection of life, and those who have done evil to the resurrection of judgment.” John 5:28b-29 The Greek word for judgment is ‘krisis’,” which clearly means judgment. And it is almost always translated judgment; yet here in this spot, in the King James Version and several others, it’s translated “damnation.”

To me, there’s quite a difference between judgment and damnation. Damnation doesn’t sound much like a loving Father but rather a horrible monster!

I’m not a mental health care professional, but I think it’s safe to say that even if you only suspected your father of being a monster, or even someone who turned into a monster when angry … that would have a profound effect on daily life.

Did you know one of the oldest heresies in the Christian Church is the Marcionite Heresy? In the 2nd century, Marcion taught that the God of the Old Testament is a different God than the God of the New Testament… that Yahweh was vindictive and mean (like a beast), and that the God Jesus revealed was Love and Mercy.

The Marcionite faith passed away in a few hundred years. However, the belief that God isn’t one but rather two came roaring back. It may be more prevalent today than at any time in history!

In John chapter 5: Jesus goes to the Pool of Bethesda where several invalids were. Out of all those invalids, Jesus walks up to one and asks, “Do you want to be well?” The man doesn’t really answer the question, so Jesus answers for him, saying, “Get up, take up your bed, and walk.”

See? The man didn’t choose Jesus; Jesus chose the man. God chose that man, and yet it appears the other invalids still lay there, like dead men in a tomb.

Why did God choose that man and not the others? Why does God sometimes bless others with good things and not you?
Is He Love for them, but not for you?

Why does God choose THAT man and not those Jews?
Is God a monster? Is your Heavenly Father two or one?

John 5:21 says, “For as the Father raises the dead and gives them life, so also the Son gives life to whom he will.” Well … to whom does He will to give it???

Most of the early Church fathers seem to argue: Jesus wills life for ALL, and so will ultimately give life to all. In the 4th Century, one theologian (Basil the great) stated that this was what most Christians believed in the days of the early church.

Well, that church was horrifically persecuted by the institutions of its day.

In Scripture (both in Daniel and in John’s Revelation), the Roman Empire is portrayed as a beast. The institutions of this world operate very differently than the Kingdom of God. They don’t win authority through Love; they seize power through fear. And therefore, they long to wield the greatest threat possible … like a beast.

The first great Roman theologian was a fellow named Augustine. He was brilliant and profoundly wise in so many things, and yet he was first to argue that violence could be employed for evangelism! And I’ve read he was first to teach “eternal damnation.” That is, “endless torment,” rather than the “aionios punishment.”

Ironically, it was Augustine (like Luther and Calvin 1000 years later) who so beautifully described the wonder of Grace… just not Grace for ALL, just Grace for those who submitted to the dictates of the institutional church before they died.

So, “The Son gives life to whom He will,” and “He wills to give it to only a few,” reasoned Augustine.

Yet if God is Love, why would He will to give it to only a few? Augustine’s answer was that God was Love AND Something Else– “Righteousness” but defined by Augustine as “revenging justice” even though Scripture never defines righteousness in just this way. And so, for most Christians in the West, God has two attributes–two opposite natures:

Satan is a liar and the father of lies, and to believe his lies is to give birth to a beast in you. His chief lie is: Your Father is a monster, and therefore, children of Adam… You’d better judge yourselves and hide yourselves from His Judgment, for your Father cannot be trusted.

BUT Jesus said, “Now will the ruler of this world be cast out!”
Judgment is Satan’s condemnation, but your salvation!
God’s Judgment takes two and makes one.

Scripture and the Word–Jesus reveal that!
Jesus says, “The Father judges no one.”(John 5:22)
In John 8:15, Jesus says, “I judge no one.”
In John 8:26, He says, “I have much to judge.”
He’s like the Judge who judges by not judging … like He is the Judgment, and like His judgment is Mercy … NOT the opposite of Mercy.

The Father judges no one but has given all judgment to the Son, that ALL (not “some”… ALL) may honor the Son, just as they honor the Father.

So today know that your Father is a LOVING Father. He is GOOD; He is not two, He is ONE. Run into his arms and don’t hide, for He is Love, and His Judgment is Love!

This devotional was prepared by Peter’s assistant Kimberly Weynen. To dig into these things further, click on the link to read the whole transcript and/or watch the sermon: If Your Dad Were a Monster