Jesus Wants You to Want Him 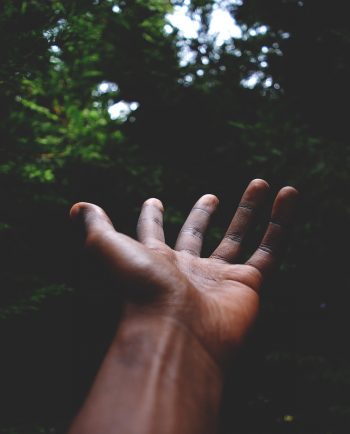 Do you want Him?
Or do you just want to use Him?
Do you want to be known and touched by God, even in your place of shame? Or do you hide your real-naked self from Him?

In Matthew 25:1-12, Jesus likens the kingdom of heaven to ten virgins who took their lamps and went to meet the bridegroom. Five were wise and five were foolish (from the Greek moros, from which we get our word mystified). The five foolish virgins had no oil with them, but the wise took oil for their lamps. While the bridegroom was delayed, they all slept. At midnight they were called out to meet the bridegroom, they got up, trimmed their lamps, and the foolish asked the wise for some oil. The wise answered, “No,” and encouraged them to buy some for themselves.

While the foolish went to buy, the bridegroom came, and those who were ready went in with him to the wedding; and the door was shut. Afterward, the other virgins came also, saying, “Lord, Lord, open to us!” But he answered and said, “Assuredly, I say to you, I do not know you.” At the end of the parable, Jesus says, “Watch therefore, for you know neither the day nor the hour in which the Son of Man is coming.”

Now, you may say, “Hey, I’m not a virgin!” Well, in the first century, writing to the Corinthians – who of all people, in all of Scripture would seem to be the least qualified to be spoken of as virgins, Rabi Paul wrote the following: “…I did trust you to one husband, to present you as a pure virgin to Christ.” So, according to St Paul, maybe you are. You have not yet fully experienced the kind of intimate communion that occurs within the sanctuary of the covenant, in the Holy of Holies, behind the veil.

In Jesus’ day, weddings were a bit different than they are today. A couple would not have a party and then jet to Hawaii for a honeymoon. They would actually enter the bridal chamber, shut the door, consummate the marriage and then all would begin to party.

I think a foolish virgin must be someone that thinks the marriage is all about her – a bride who is totally into dressing herself in a beautiful gown and all sorts of finery, who is thoroughly in love with the pageantry and the ceremony, but she has no clue as to what it is that the bridegroom wants.

The bridegroom has nothing against cake, ceremonies, pretty churches, and dressing up. It’s just that once she enters that chamber, and he shuts the door, he plans to remove all of her accouterments, cover her naked body with his very self, and penetrate the very place that she has spent her entire lifetime covering in shame.

Now, if that bothers you, and you are a bit mystified, maybe you just don’t understand what it is that the Son of Man wants. Maybe you thought He was a means with which you could gain control, as if He were an insurance plan, or a security system.

But the Holy of Holies is all about surrendering control.
It’s about dying and rising.
It’s about losing your life and then finding it.
It’s about letting go of the world you possess.

That is why foolish virgins cover themselves in fig leaves, and hide in the trees when Grace comes to them, and asks them to go for a walk in the Garden of Eden, which means Delight.

You see? Eve was a foolish virgin because she did not trust that God was good; the serpent tempted her to complete herself in the image of God with her own self righteous deeds. Then she covered her shame with fig leaves and hid herself in the trees when the last Adam, her true husband – the Word of God in flesh wanted to go for a walk in the Garden of Delight.

The ten virgins, holding ten lamps, who go out to meet the bridegroom all look just the same and appear to act just the same. They even fall asleep just the same, which Jesus commands us not to do in the previous paragraph. The only difference is that while the five foolish virgins forget oil, the five wise virgins remember oil for their lamps.

Why do they remember oil? Well, I doubt it is because they’re better students, or more disciplined, or more neurotic. I bet it’s because the five wise, or thoughtful, were thinking about the bridegroom: They wanted him.

The other five are foolish. They really aren’t into the bridegroom. They’re into the ceremony. Just like the priests, Sadducees, and Pharisees were all into the temple, and the rituals, and dressing themselves up but did not want the Lord. In fact, they’re highly offended when He comes to their temple.

I suppose we are all a bit foolish, and a bit wise. And Jesus says to the foolish virgins: “I don’t see you.” Maybe that’s because the self that the foolish virgin is presenting is false. And the Truth can’t see the false, for it’s an illusion and must be destroyed.

Do you understand why it’s absolutely critical that you wise up?
The Great Bridegroom is coming at an hour you do not expect…
And He loves you more than you can possibly know.

And HE will wash you,
And He will cover you with His own righteousness,
And He will fill you with His very own life,
And you will bear the fruit that is life. But He won’t force it.
But first, you must want Him!

This devotional was prepared by Peter’s assistant, Kimberly Weynen. To dig into these things further, click on the link to read the whole transcript and/or watch the sermon: Foolish Virgins