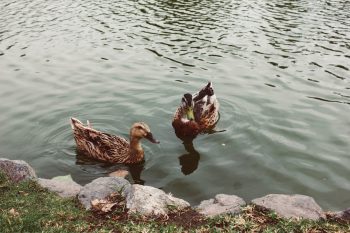 In Ephesians 6, Paul wrote, “Be strong in the Lord and in the strength of his might.” Following this exhortation, he expands on what that looks like by reminding us that we wrestle . . . but not against flesh and blood, by urging us to stand firm, and then by encouraging us to “put on” or literally “take” or “receive” six pieces of armor, all that are part of God—His armor.

Paul draws his words regarding the armor of God to a close writing: “Pray at all times in the Spirit, with all prayer and supplication. To that end, keep alert with all perseverance, making supplication for all the saints…” It’s like he’s saying,

Go ahead, “blab some stuff,” try to “grab some stuff.” See what happens!
Pray Jabez’s little prayer.
Pray the prayers in your devotional book.
Pray the Psalms.
Pray the Shema.
Pray the Lord’s Prayer, and pray it all in Jesus’ name.
Just don’t stop praying; don’t stop conversing with God.

But does it work Paul? (That’s what we want to know)

Well, it’s interesting to note that when Paul wrote those words, he was in prison…chained to stone, sitting in the dark…

Don’t you suppose that just once he prayed, “Hey God, could we skip the prison thing?” You know, Paul had once been miraculously delivered from prison. Paul had prayed and raised people from the dead. Paul had healed people through prayer, and yet, Paul, at this point, was close to blind!

In 2 Corinthians he writes that three times he begged the Lord to take away his “thorn in the flesh,” and three times the Lord said, “My grace is sufficient for you. My power is perfected in weakness.” Paul prayed for all the churches, and at the end of his life, most of them abandoned him.

Can you relate to that—prayer not working out as you expected it to?

It was 2009. After several years of living in Ukraine as missionaries, my husband and I felt led to move to England. We felt like we heard God telling us that He wanted to take us on a journey of faith like Abraham. We were to go to England—with three children in tow, very little money, no real job prospects, only with a few belongings and a tent—and trust Him.

After about a month, we’d managed to get into a very small home but we didn’t know where’d we find the money to remain there; we barely had enough money for one meal.

One day, shortly after moving into our new little home, I was sitting in a park with our kids. I was torn. A part of my heart felt overwhelmingly grateful just to have a roof over my head and green grass to sit on and another part of me was terrified because, after weeks of crying out to God and asking Him to please provide for our needs, we were down to our last ten dollars—and still with no job prospects in sight. I felt heart-broken, grateful, and confused all at the same time.

Looking at my children who were so innocent and enjoying the summer day, I was wondering how I would manage to feed them that day. As I internally wrestled with God, there were ducks in a river nearby and my oldest daughter ran over to me and asked, “Mommy, can we feed the ducks?” My heart broke and internally sorrow overwhelmed me. I even felt angry! Not only did I not have money to buy bread for the ducks, I barely had enough money to feed my own children. I cried out to God, “You say you care for the birds and their needs, and even more so for our needs, and yet, here I sit with less than ten dollars! You know I don’t have enough to feed the ducks. I don’t even have enough to feed our kids beyond today! Lord, is this really where faith leads? Where are you? Help!”

Just moments later, an older gentleman was passing by; he approached me. He had a gentle smile on his face and was holding a loaf of bread that he’d just purchased at a nearby store. He said, “I don’t really need this; I’m not even sure why I bought it, but I thought maybe your kids might like to feed the ducks?” I gratefully took the loaf of bread and passed it along to my kids. They gave a piece or two of bread to the ducks and upon the gentleman’s departure, they proceeded to eat the entire loaf within minutes.

That day the Lord fed the ducks, my kids, and a little piece of my soul—just enough for the moment—and then, our journey of faith continued… At that moment, God didn’t provide all the things I’d cried out to Him for in the days leading up to that day. He didn’t provide all the answers and security I thought I needed, but He did provide our daily bread.

Have you ever experienced something similar to that in prayer? We pray all sorts of things that don’t seem to happen and then, just about the time we’re ready to give up, God does something as if to say: “I’m right here; I’m listening; don’t stop. Keep praying!”

Well, back to our original question: does prayer work?

Does it really change things?

In James 4 we read: “You ask and do not receive because you ask wrongly.” That’s probably often true for most of us, BUT… That doesn’t mean we should stop asking. Maybe just the practice of asking helps us learn how to ask, it refines our desires and helps us discover God’s heart.

Before I can listen to God in prayer, I must fumble through the prayers of words, of willful demands, the prayer of childish “Gimmes,” of “Help me,” of “I want…” Until I tell God what I want, I have no way of knowing whether or not I truly want it. Unless I ask God for something, I do not know whether or not it is something for which I ought to ask.

So, prayer might change our surroundings, our circumstances, but mostly, it changes us. It’s a process that teaches us how to receive the Word of the Father and express His Heart.

I think prayer is a lot like a father teaching his child to talk. The father talks and talks and talks to a child and the child babbles, babbles, and babbles back to their father. Then the father will give the child a word saying, “Say Dadda…Say Dadda…Say Dadda,” and then, one day, in the midst of the child’s babble, they fix their eyes on their Dad and say, “Dadda?” In that instant, the father’s word returns to him. There’s possibly no greater joy for a parent than that! Jesus taught us to say, “Abba.” It’s Aramaic for “Dadda.”

I bet it’s an enormous joy for our heavenly Father when we learn to speak His Word back to Him.

“Jesus is the Father’s Word come to us, and when we pray “Abba,” it’s His Spirit in us. It’s God’s Word returning to God on our tongues as we are made in God’s image–the image of Love. It is the Kingdom of Heaven!”—Peter Hiett

So, we should never stop gazing into our Father’s eyes, trying to hear Him, learn from Him and to speak to Him, because, you see? If everything is created and sustained with the Word, but we won’t hear The Word or speak The Word, we can believe a lie. We can believe that we are cut off from God’s creation and trapped in outer darkness.

But there’s no need to fear. “Perfect Love casts out fear!” The Word that goes out from our Daddy’s mouth does not return to Him empty; it accomplishes and succeeds in what He sent it out to do.

So, don’t stop praying—even if it seems like just a bunch of babble. Keep gazing into your Father’s eyes and drinking from the depths of His love, and one day you will find yourself speaking His Word back to Him, and eventually to the whole world. Jesus is that Word and it means “God Helps” “God Saves!”