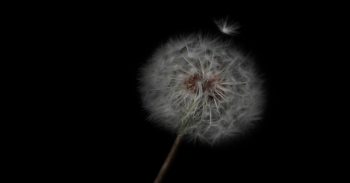 Do you ever feel afraid of death? Do your fears ever keep you from truly living? Ephesians 2:1 says, “And you WERE dead…”

You?…DEAD!? Does that surprise you?

Well, what if it’s true? What if you were already dead as Ephesians 2:1 says? That would change things, wouldn’t it?

In Scripture, Hell (that’s Hades) begins on the surface of the earth and continues under the earth. Yet, the kingdom of Heaven is at hand. If we were already dead, things aren’t right but wrong. And strangely, that gives me hope. That means the “American dream” is not Heaven. What this world is selling is not Heaven . . . but Hell. Trying to save my life is simply preserving my death.

Modern philosophers and scientists like Darwin, Jung, Peter Berger and Nietzche have tried to tell us what life is and as a result, modern man has come to believe that life is the result of violent competition: one organism protecting itself from the others and exalting itself over the others.

Did you know? I am the product of violent competition because one particular night in December of 1960, one billion competitors strained at the starting gate. And then at the right moment, the one billion sprang into the vas deferens, raced past the seminal vesicles, into the urethra, from whence they were launched into the vaginal cavity, where a furious battle ensued. Hundreds of millions would be lost. However, a few million would reach the cervix. Perhaps only a million would make it through the mucosal barrier. Of those, hundreds of thousands would race up the wrong fallopian tube. And so out of one billion, just a few—the few, the proud, the fittest—survived the journey to the ripened ovum. And only one, only one would enter. Out of one billion, only one made it, only one became a somebody. And I am that somebody. I am the sperm that made it.

Well, actually, we live in a world with more than seven billion other sperm that made it…to this life.

Hey, did you know that Jesus is THE sperm that made it? In places like Galatians 3:16, Paul makes it clear that Jesus is the Promised Seed, the seed of the woman, seed of Abraham, seed of David, the only sinless man, the Superman, the Eschatos Adam. “Seed” is sperma in Greek. He’s THE sperma that made it!

In John 12:46, Jesus said, “Truly I say to you unless a grain of wheat [a seed] falls into the earth and dies, it remains alone; but if it dies, it bears much fruit.” That’s more seed, not alone.

And, you see, that’s a different story, a different archetype. It is an archetype in which Life itself doesn’t strive to be greatest of all but rather is the Servant of All.  Life doesn’t strive to survive but gives Himself sacrificially. Did you know the sperm that reaches the egg is actually the first one to die, the first one to sacrifice itself? It dies in the ovum, and that’s life—the very creation of my life (John 1:3-4).

And so, even though you were dead and remain in a body of death there is no longer any need to fear death, for the Life has given Himself to you, and He is perfect love, and perfect love casts out fear.

And so, maybe the Life is showing us how to live: Life isn’t violent competition but loving sacrifice.

Jesus is life. “He was in the beginning with God. All things were made through him, and without him was not anything made that was made. In him was life, and the life was the light of men. The light shines in the darkness, and the darkness has not overcome it.”—John 1:2-5