How Do We Make Sense Out Of All The Evil In The World? 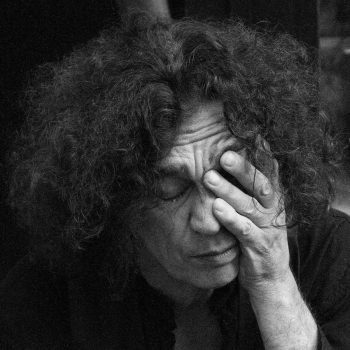 Our world is packed with evil; just look at the headlines of any given day and the consequences of evil are rampant: We’ll just name a few in 2017: war rages in Syria, refugees have nowhere to go and thousands die, along with so many wars and deaths that the media doesn’t have time to cover. In this year alone, due to attacks numerous people have died and been injured: in January at a Florida Airport; in March, in London; in April, in Stockholm; in May, in Manchester; in June on the London Bridge. The list, of course, is much, much, longer, but you get the idea.

We keep asking, “How do we make sense of this evil?”In contemplating this question, I’m drawn to the book of Acts.
In the book of Acts, some terrible things happened; Stephen was martyred for his faith; Peter and John, before that, got flogged and imprisoned. A great persecution breaks out upon the Church, and they are scattered as outlaws throughout the Roman Empire and the known world.

But Judas, one of their own, betrayed Jesus to their own religious leaders who then had him tortured and crucified. That is the greatest evil this world has ever witnessed. Yet, I can’t find once instance in the entire New Testament where someone asked: How do we make sense of such evil?

We ask questions like, “How could someone be so selfish? How can people do such evil things? Yet, we are born selfish.

This is a fallen world, you know.
A fallen world where the strong do crush the weak.
Where the powerful will crucify the mild, gentle, kind and good.
A fallen world ruled by the prince of darkness, inhabited by evil spirits that wait to empower every negative emotion, especially rage.

They wait to empower lies and illusions. Like one that dwells in some of our very own neighborhoods. The illusion is that all is good and we are good. Look at our houses. Look at our lawns. We are good. Surely you don’t believe in evil, like a devil—an absolute evil kind of thing. We don’t really need God. I mean, not a Savior kind of God.

I imagine if you were to ask any of these attackers why they did what they did, they would express a desire for justice, a “righting of wrongs,” and yet with that would be a spirit of anger, bitterness, and revenge—and an urgency to take “justice” into their own hands.

And you understand that, don’t you?
Every time you hang on to anger and bitterness.
Every time you harbor resentment and talk about your enemies behind their back, and take a little joy in belittling them.

Every time we harbor feelings of fear, anxiety, shame, and rage we understand it. We understand it not just with our minds and theories, but we understand it with our hearts. In fact, we are the attacker . . . by nature. The Bible says we were (before Christ’s work in us) “by nature children of wrath.”

We understand these attacks and the ones perpetrating them far more easily than we understand a Creator who would freely and purposely lay aside all glory and power to be born in the form of a slave, born into a food trough—in a manger, One who would live among us in weakness, poverty and pain, who would stand in a garden one night, and when His known betrayer walked up to Him would call him friend as he betrayed him with a kiss.

He is the One who freely chose to go to a cross and suffer shame and not only bear the pain of crucifixion and torture but bear the guilt, the condemnation of an entire sinful world. And He descends into hell for you, for us, to bless those who curse Him, to forgive those who punished Him, to bear the iniquity of all that all might be forgiven.

We don’t need more speeches from politicians whom we aren’t sure if we can trust—or even pastors for that matter. We really don’t need more legislation for guns or against guns or policies that we hope will stop terrorism. That may scratch the itch, and it may stop some attacks, but even so, we still have just as many children of hell running around.

What we need is a Savior, a Redeemer.
We need the One Man that this world does not tolerate.
We need to be born again.

Do you feel sad over all the evil in this world? I think the Lord understands that because He knows very well that crosses hurt. He never denied that they hurt. He was a “man of sorrows acquainted with grief,” and yet while we feel sadness, we can also ask the question: “How come this kind of stuff doesn’t happen more?” Because it could . . .

But according to Jesus, there’s a reason that it doesn’t and that reason is you. When you take up your cross and follow Jesus, you are the light of the world, salt of the earth. Salt is a seasoning. But more importantly than that, it is a preservative. Back when Jesus said that, people’s lives depended on it.

Jesus is saying, “Hey, without you guys here, this world would rot.”Salt of the earth, Let your flavor infect this world. Let your light shine.

And how are we to do that?
Well, back to the book of Acts. In chapter 6, the Church was growing. Incredible things were happening, signs, and wonders. But persecution had also started. Peter and John have been flogged and imprisoned. Stephen was stoned to death. The Church was scattered throughout the known empire. Yet, in all of that, nobody said, “How do we make sense out of all this evil?”

However, Luke does pause to record this: “Now in these days when the disciples were increasing in number, the Hellenists murmured against the Hebrews because their widows were neglected in the daily distribution.”

With all that was going on, Luke paused to record a little tiff between some widows at the community meal and how they deal with it. Clearly, they considered this very important because the twelve disciples gave up preaching in order to wait tables for widows.

And they gathered everybody together and said, “Therefore brethren,” (explaining the problem) “Pick out from among you seven men of good repute, full of the Spirit and of wisdom, whom we may appoint to this duty.” And they did. The chose from the very best that they could find in order to wait tables for the widows—That is to be kind. Stephen was one of those.

Stephen was the very first Christian to be martyred for his faith. He was the disciple in charge of practical kindness. I find that a little bit intriguing, don’t you? Maybe he was most like Jesus. Maybe kindness is the biggest affront to the sense and the system of this world that there is.

Kindness. . .Who knows how many more would be dead or in hell if it weren’t for your kindness. God, with us, changes the world with kindness.
Grace.
Flowers.
A note.
A gesture.
A word.
An action on the freeway.
A smile to someone who you think might not “deserve” one.

It raises a question in the recipient’s mind, “Where did that come from?”
Well, it came from another place, another world—the Kingdom of Heaven.
Take a moment today . . . and surprise the world with kindness.

This devotional was prepared by Kimberly Weynen, Peter Hiett’s assistant. It was inspired by, and some of its content was taken from, a message that Peter shared with his church after the Columbine shootings in 1999. It also includes many of Kimberly’s devotion thoughts and writing upon reflecting on the terrorist attacks that have occurred in 2017 and the question of why there evil in this world.