What Makes A Good Christian? 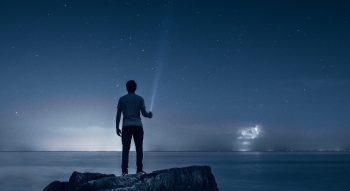 We think we should all be the same all the time.

In our success-driven, modernistic world we think of being a Christian as having arrived at some state of complete perfection.  So everyone should be the same all the time.  We can’t agree on what “the same” is so some groups are into being happ

Some groups say that to really be a Christian is to be sad and are into being sad, some into being angry, some peaceful.

What if Christianity isn’t so much about reaching some independent static state of perfection so much as it is about knowing Jesus?  Getting to know a person?

But whatever gain I had, I counted as loss for the sake of Christ.  Indeed, I count everything as loss because of the surpassing worth (In other words, “nothing else is worth as much as this.”) of knowing Christ Jesus my Lord. For his sake I have suffered the loss of all things and count them as rubbish–scubula–crap, in order that I may gain Christ and be found in him, not having a righteousness of my own that comes from the law, but that which comes through faith of/in Christ, the righteousness from God that depends on faith— that I may know him and the power of his resurrection, and may share his sufferings, becoming like him in his death, that by any means possible I may attain the resurrection from the dead.

It’s all about the surpassing worth of knowing Him.

The Bible is full of stories.  It’s not a cookbook; it’s not a rulebook. The Bible has rules, but they’re all part of a story within the story. Jesus lived a story called the gospel.  We are to live a story that becomes gospel – His gospel.

Solomon wrote in Ecclesiastes 3: 58 “A time born, a time to die, a time to weep, laugh – mourn, dance embrace refrain from embracing, silence, speak, love, hate (even though I think it’s a sin.) a time for war, peace.  All are part of a story, Gospel.

Have you ever wondered why life has to be so hard?  So traumatic?  Why we have to feel all that we do? Maybe it’s because God doesn’t want you to just know some stuff.  God wants you to know His heart – who is Jesus.  He’s not just shaping your head, but your heart, so He wants you to feel what He feels (laugh when He laughs and cry when He cries.)  He tells us His story.

God is not satisfied to just tell us his story.  God wants to share His story with us and in so doing give us His heart.

So, as a Christian today, how are you feeling? Are you happy, sad, angry, at peace, confused, ashamed? Jesus felt all of those things. What matters is not whether you feel happy or sad, but that you don’t feel happy or sad, alone.  He wants your story to become His story. What matters is that you give your happiness, sadness, anger, peace, confusion and, even shame, to Jesus. If you give Jesus your shame, then it becomes his shame. And you participate in the fellowship of His sufferings. If you give Him your sadness, then your sadness is not your sadness – it’s also His sadness. You commune with Him in His sorrow over a fallen world. Your story becomes His story–a communion. Your story becomes the Gospel–His Gospel–according to you.

In Philippians, Paul says, “I count it all as loss for the surpassing worth of knowing Christ Jesus my Lord.”  That’s a powerful word in Greek.  That’s how Adam and Eve get pregnant.  “Knowing.”  You were made to know Jesus.

So surrender whatever you’re feeling today to Him and just get to know Him, and let Him know you.

Don’t let others tell you what makes you or doesn’t make you a good Christian. Just spend time getting to know the Christ, Jesus.