Rekindling Your Relationship With God 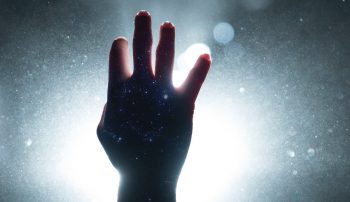 In Revelation 2, Jesus tells the Church in Ephesus—His Bride (and it speaks to some of us today), “I know your works, your toil and your patient endurance—but I have this against you, that you have abandoned the love you had at first. Remember then from what you have fallen, and repent and do the things you did at first.”

Well, if you’ve been married for a while or probably even in a relationship for an extended period of time, you know that love can wax and wane, and it’s possible to abandon the love that you once had. I mean kisses can lose that passion that they had at first. Your relationship can feel like empty ritual devoid of the drama, romance, and passion that was there at first.

Fulton Oursler wrote of that passion and something that supposedly happened one evening, years ago, at the Café Royale in London. He writes this:

An Army officer, just home from the wars, was dining alone. He noticed a beautiful woman seated alone at a nearby table. Not much more than forty, and beautiful. So feminine, so lovely, and entire in such discrete and exquisite style! Why would she be dining alone, He wondered.

A moment later he noticed a man being seated at another nearby table. This newcomer was a tall well-knit man, with iron-gray hair. At once the man noticed the lonely lady, so near yet so far. The look of admiration that flashed into his eyes was unmistakable. Quietly he called the waiter, ordered dinner, and then borrowed the waiter’s pencil. Tearing a sheet of paper from a notebook, he wrote a message, folded it, and gave it to the waiter.

The note was carried directly to the lady. She showed no visible sign of surprise, but with a sweet composure opened the note and read it. Then she folded it, thrust it to one side, and with merely a lift of her eyebrows dismissed the waiter without any reply at all.

The officer in the corner sighed, “Good try;” he thought, “What a shame.”

After a time the tall gentleman paid his bill, stood up for a moment, let sad eyes linger on the unresponsive lady. Then he crossed over to her table.

He bent low and whispered a few words. She stared at him blankly and made no sound. Even when the tall gentlemen pulled out a chair and sat down beside her, still she said not a word to him. The waiter brought the lady’s bill. The gentleman reached for it, but with an imperious gesture, she stopped him. Leaving a pound note in the waiter’s hand, she rose, and her visitor stood up with her. He followed her out into the spring night, and the observer in the corner never saw them again.

He turned to the waiter, chuckling as he said, “This is a fine sort of thing. Flirtations going on in a fine restaurant like this.” Then he noticed the waiter’s face. The light in the man’s eyes was like a prayer.

“Ah, sir,” he said, “You do not understand! What you have seen tonight is a great love. This is the twenty-sixth time I have seen. I saw it happen the very first time. That was how it began. 26 years ago, at those very same tables, I served them both that night, as I did tonight. With one glance they fell in love. I carried a note to her then, and when she didn’t answer he got up and came over anyhow. He was that smitten with her. And God bless them both, he is still that smitten with her and she with him. Every year on the anniversary of their first meeting they come here and go through the whole drama again and may that love never, never, never die.”

Two thousand years ago, we were dining alone, and God sent a note wrapped in flesh.
He crossed over, and He paid our bill. He laid it on the table, and He said, “Do this in remembrance of me.”

For 26 years, that couple in the restaurant had been “doing the things they did at first” and remembering. And the sanctuary of their covenant was full of fire, even more, than at first.

Well, I think we can learn from that story about how do to invite fire back into our relationship with God—into our sanctuary with Him.

So, What did they do?

In that passage in Revelation, Jesus tells the Ephesians (and I believe to us) to remember! But how? Well, remember? On the night He was betrayed, He took bread and broke it, and He showed us how saying, “This is my body,” which is for you. Do this in remembrance of me. And He took the cup saying this is the new covenant in my blood. Do this as often as you drink it, in remembrance of me.

When we, the members, gather together to eat the bread and drink from the cup, we worship Jesus–we remember Jesus. We actually re-member His body. His Body comes together and He fills it with His blood—His lifeblood. I’ve seen and I wish we had time to talk about it, but His blood is fire. It burns away evil and is itself the unquenchable Good. When we come together and remember, we form a container—a sanctuary for the very presence of God.

#2 They did the things they did at first.

So, what are the things you did at first—when you first fell in love with Jesus?

When we remember, and when we do the things we did at first, we surrender the fuel that is ourselves and we invite the fire that is God. We go through the ritual and wait for a spark. We present our bodies (Romans 12:1) as living sacrifices, which is our spiritual worship.

As you remember and do the things you did at first, you will see that Jesus sacrificed Himself for you, and He is offering Himself to you. And He’s inviting you to offer yourself to Him. He burns with love for you and He longs for you to burn with love for Him. He wants you to worship with all you’ve got, and then let Him fill the emptiness with fire.

If you were to truly see it in its fullness now, you’d fall down in terror. So, He’s breathing it into you in this world, every service, every moment, filling you with His fire because one day, you will be a creature of fire. You will be filled with all the fullness of God.

Now, surrender your heart to Him and let Him fill you. Jesus said, “My Father is good, if you ask for the Holy Spirit, He won’t give you a stone, He will give you His Spirit.”

This devotional was prepared by Kimberly Weynen, Peter Hiett’s assistant. It’s primarily a combination of devotional thoughts and excerpts from Peter’s larger sermon entitled “Sanctuaries on Fire.” To read, watch or listen to that sermon in its entirety click here:https://relentless-love.org/sermons/sanctuaries-on-fire/