“Not of works, lest any man should boast.” 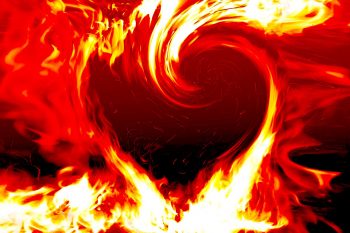 People often ask, “If God is good, and He will not eternally torment unbelievers in Hell, what makes a person repent?”

So what does make a person repent? Ever thought about that?

When I was younger, I used to spend a good deal of time arguing with people that the Bible is true, and Jesus rose from the dead. And I believe the Bible is true, and I’ve seen amazing miracles. Jesus did rise from the dead, but I don’t spend much time arguing about it (though I’m glad to talk about it with people that want to believe it), for unless you want to believe it, you won’t believe it–the way Jesus wants you to believe it. He wants you to be persuaded.

Do you remember the story in Luke 16 when, while being tormented in Hades, the rich man requests Abraham to send someone back from the dead to warn his loved ones? Abraham replies, “Let them hear the law and the prophets”–as if forcing the miracle on them might destroy their faith? As if, arguing that they had to believe might prevent them from “being persuaded” in the way Jesus wanted them to be persuaded?

Remember how Jesus would refuse to do “mighty works” if people lacked faith? As if forcing them to have to believe in love (and God is Love), would keep them from falling in love with Love. That is, “being persuaded.” Peitho is the Greek verb. It means to cause someone to trust, and trust means faith. It can also be translated “seduce” or “romance.”

You may remember Soren Kierkegaard’s story about the king that fell in love with the peasant girl as he gazed at her from a distance. He realized that if he revealed his status, riches, and glory, he wouldn’t know, and she wouldn’t know, if she loved him or just his riches. And if he forced her to love him with the logical benefits of marrying the king, or forced her with the strength of his army, she wouldn’t love him, but only fear his power.

So he realized that if she were to be romanced, seduced, or persuaded to fall in love with him, he would need “to empty himself of equality with the king and take the form of a slave” and serve her.” He would have to take on the form of a slave, in the hope that she would see his heart, and trust him–peitho–be “persuaded.”

He didn’t care whether or not she believed that the great king existed. He cared that she would come to trust his heart, that she would be persuaded that he was her beloved, her “Ezer” (Hebrews 17).

In the beginning, Adam couldn’t find his “Ezer (Ayzer)”–his helper, so God makes Adam into Adam and Eve. And the rest of the Bible is the story of how God reveals to humanity: “I am your Ezer,” your Husband. Jesus is the Groom, and we are the Bride…

As I mentioned in the sermon called “Lazarus, the Rich Man, and Dr. Evil, “Lazarus” is the Greek form of the Hebrew name, “Eliezer.” El is the generic and Gentile word for God. Ezer means help, helper, or husband. “Eliezer” means “God is help.” Jesus is the English form of the Hebrew name Yeshua, which means, “Yahweh is salvation or help.” …Jesus will say, “Whatever you did to the least of these, you did to me” (Matthew 25:40). That’s the judgment.

Jesus is what Mother Theresa called “His distressing disguise.”

Maybe King Jesus is in Lazarus in “distressing disguise,” persuading…men to love Love. God is love, and He’s persuading you to love Love. He’s constantly asking, “Adam – Who’s your helper?” “Do you see me? Do you want me?” “I Am Love.”

Faith is God’s power in us. It’s not exalted among men, but anything other than faith in Love is an abomination in the sight of God (Luke 16:15).

You can control “knowledge of love.” But Love cannot be controlled…

We often want to possess love, but life is allowing Love to possess us!

What makes a person “repent?” In other words, “What creates faith in Love?” Is it a book? Is it seeking a miracle?

In Romans 2:4 Paul writes about judgment and then says, “Don’t you know that the kindness of God leads you to repentance?”

Then, in Romans 12:20, having explained the judgment of grace, Paul writes, “If your enemy is hungry, feed him; if he is thirsty, give him something to drink; for by so doing you will heap burning coals on his head.” In other words, “Be kind to your enemy and you will burn him.” He talks as if love is the “very flame of the Lord,” the Shal-he-beth-yah, the breath of Yahweh, the Word of Yahweh.

“Be kind and you will breathe fire and burn your enemy. And that kindness leads to repentance,” BUT not only in your enemy, also in YOU. And maybe, just maybe, you are your own worst enemy, as if evil were a lie, having taken up residence in you.

For nine years, I was a youth pastor in California and routinely…I would take the kids to build houses for the poor in the abandoned Tijuana dump. I’ve been all over the world, including Mozambique, which, at the time, was the poorest country in the world, but I’ve never seen poverty like I did in the Tijuana dump.

Families lived there, sorting through trash to keep themselves alive. One week, we arrived just after a young mother gave birth to a baby under an old carpet slung over a rope. From the dump, you could see San Diego, so you see the poverty wasn’t just physical. Many were Indians or Mestizo and so rejected by their fellow Mexicans, and they were all rejected by America.

I’m not making a political argument here. I’m just telling you that they were like Lazarus (“the least of these”), and we were rich… And like I said, we came several times a year. But it wasn’t always like that. When I first arrived, we had an evangelism canoe trip. The idea was to entice these kids with canoeing and then persuade them each night with convincing tales of great miracles and reasoned arguments from the Bible.

We had an evangelism canoe trip and I also introduced the Mexico trip. It was only for kids that were “already committed–hard-core Christians.” Well after the first year, I couldn’t get anyone to go on the canoe trip, and everyone wanted to go on the Mexico trip. But worse than that, for nine years, kids would “repent” and be “persuaded” on the “wrong trip.”

Very few were persuaded to believe on the evangelism canoe trip–but on the Mexico trip, when supposedly they had already been persuaded, around the campfire every night after a day of sweat and stink, and painful love, they would keep standing up and saying stuff like: “For the first time I believe in God,” and “I want to surrender my life to Him.” And it wasn’t my convincing biblical arguments, and they didn’t see what we would call a “miracle.” But for the first time, kids from Bel Air California, (some rich beyond your wildest dreams) felt a fire burning in their veins, and the fire flowed from them to destitute Mexicans and flowed from those Mexicans back to them across the chasm.

It wasn’t always pretty, it was usually very messy but they knew it was not only them; that fire was not of them. So all I had to do was tell them, “I think that’s the Life of God.” “It’s the Shal-he-beth-yah.” It’s kindness revealed in weakness. It’s the love that is unearned and free. It’s grace; trust Him. He is our Helper. It was then that they heard the law and the prophets. It was then that dead words became living Word. Not dead love–Living Love and Love makes a person repent.

And now you may say, “Whoa! Wait just a minute!”
Are you saying the plan of salvation is not essential?
Are you making the death and resurrection of Jesus something small?
Are you saying faith doesn’t matter?

NO! I’m saying faith is the only thing that matters. And the death and resurrection of Jesus isn’t small, it’s bigger than you ever imagined. The plan of salvation is an entire new creation.

I’m saying that when you love, the life of Love is rising from the dead in you. If you take credit for the love, you crucify Love. But if you’re grateful for Love, you are the Body of Love. To put it in theological jargon: If you believe, like the Pharisees, that you can justify yourself with works of love, you kill love. But if you believe that Love has justified you, you are the living, breathing Body of Love.

In the language of Scripture: “You have been granted repentance” (Acts 11:18). Repentance is a gift, and if you don’t think so you’re not repenting. When you have faith in Love and therefore love, because you want to love, it’s not just you; it’s Christ Jesus rising from the dead in you. It’s not the result of words; it is the Word. It’s not the result of seeing a miracle; it is the Miracle. God is love and God creates faith in Love.

Love repents you and He uses Lazarus to do it. You don’t have to travel to Mexico or Syria to find Lazarus. God has provided each of you with a Lazarus–someone that you think does not deserve your love, but God is calling you to love that you might learn that love is undeserved and free.

In other words, love is not a dead thing you can control. Love is your living Lord, and nothing is as powerful as He. And it’s always true that we “love because he first loved us” (1 John 4:19). First love was revealed at the cross. He said, “When I am lifted up I will romance all people to myself” (John 12:32) And He spoke of His cross. Yet Christ was crucified from “the foundation of the world” (Ephesians 1:4) And He is rising in every moment of space and time.