Righteousness. What Is It, and How Do We Put it On? 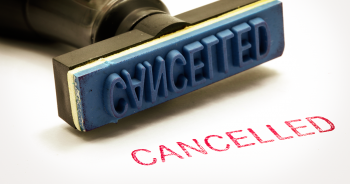 In Ephesians 6 Paul wrote: Finally, be strong in the Lord and in the strength of his might. Put on the whole (splendid) armor of God, that you may be able to stand against the schemes of the devil (Literally: “The accuser”). For we do not wrestle against flesh and blood, but against the rulers, against the authorities, against the cosmic powers over this present darkness, against the spiritual forces of evil in the heavenly places… Stand therefore, … having put on the breastplate of righteousness…[the breastplate of dikaiosune–“rightness.” It comes from the root dikaios, which means right]”

When we read that it seems clear that righteousness or “rightness” is an important part of standing against the schemes of the devil. And so we intuitively ask what exactly is righteousness and how do we get it?

In kindergarten, the powers that be told me that it was a privilege to hold the flag during the pledge of allegiance. So, righteousness, in the mind, as a kindergartner, was holding the flag.

I remember, one day in Kindergarten I got to hold the flag. I began to calculate my own “righteousness” versus the “righteousness” of others. That day, I calculated one point for me, and zero for my friend Lucy.

That day, in my mind and heart, I drew a line between Lucy and me. It was a line of judgment. Above it, was “righteousness” and below it was “unrighteousness”; I was “above the line” and she was “below it.” I enjoyed being right, but soon I felt wrong, so I looked for more ways to make myself right.

In ninth grade, I made judgments about who was “cool” and who was not. I judged others out so I could feel in, and I kept records of “righteousness.”

And the judgments have continued into my adulthood. I think we all make judgments like that, and as we become adults maybe we just find better ways of hiding them. For adults, it’s often about professional successes, our spouse, the behavior of our children, the type of house we have, the clothes we wear . . . etc. We measure ourselves against neighbors, coworkers, and maybe terrorists, but no matter how hard we try to feel “in” and to make ourselves “right,” we still feel frightened and alone, and not quite right. And that’s the point at which many folks get into religion.

Once we’re into religion, the line that we draw between ourselves and others is no longer about who got to hold the flag, who’s cool or who’s most respectable; it becomes about who best follows the law (for Christians that would mean the Ten Commandments). But even those need a little help in our minds. For instance: What exactly is “taking God’s name in vain?” It must be a list of “cuss” words. “Not coveting your neighbor’s wife” must mean only one wife (at a time). And, once again, we compute our righteousness against friends, neighbors, and terrorists.

Now maybe you’re thinking, “Hey, I get your point. Our definitions of righteousness are what Paul calls “the law.” He wrote that the Jews had God’s law, and the Gentiles were a law unto themselves, that is: we all take “knowledge of good and evil,” and that’s “the law.” And so you say, “Well, I’m not a legalist.”

Is that what putting it on looks like? Well, of course not, but if not then what is righteousness, and how do we put it on?

That’s true! Jesus is righteousness! But isn’t asking WWJD? still keeping records of righteousness? So when you compute your own righteousness, it doesn’t get better; it gets worse. Jesus said, “Love your enemies (people you compete against) then you will be perfect as your heavenly Father is perfect.” “Be careful not to do your deeds of righteousness before men to be seen by them…”(How about if they’re seen by me?) “Don’t let your left hand know what your right hand is doing.” (How do you do that…perfectly, unconsciously love your enemies?)

Well, if love is a law that you think you must make yourself obey, you are pretty conscious of yourself. You must calculate and force every step. And if righteousness is something you must make yourself do, it reveals that you’re not righteous and don’t love Love. And God is Love, so you don’t love God; you use God to justify yourself. But Jesus loved as if He loved Love—in freedom, as if love was His nature and He wouldn’t deny Himself. Even if it killed Him, He loved Love. He had perfect faith in Love, who is His Father–Perfection. So Jesus fulfilled all righteousness. So when you compute your own righteousness next to Jesus’ righteousness, it doesn’t get better; it gets worse.

It’s not just that we don’t measure up but that just by trying to “measure up,” we actually “measure down.” We create a lie, something that tries to act righteous but is thoroughly unrighteous. I create an imitation Christ (in Greek that’s an antichristos–an anti Christ).

You see? They lacked faith in God, who is good. They ate and saw they were unrighteous, and now tried to make themselves righteous. But is that the end? Is that Gospel? Is that Good News—that you have to make yourself righteous? No. That’s like showing someone a video of an amazing, professional dancer and saying, “Look at that beauty…at that grace! Now do exactly that OR be tormented forever!”

If we think we must make ourselves righteous, we can’t live gracefully. We can’t dance well, live well, laugh well, love well. All of our own judgments weigh us down: calculating, scheming, posing, acting. We can’t lose ourselves because we’re trapped in ourselves—trapped in death rather than life.

In Ephesians 4:24 Paul wrote: “Put on the new self–new man created after the likeness of God (already created!) in true righteousness and holiness.”

See? Your righteous self has already been created!

Ephesians 2:8 “For by grace you have been saved, through faith, and this (this faith) not of yourselves, it is the gift of God, not of works, that none may boast. For we are his workmanship created in Christ Jesus for good works, which God prepared beforehand that we should walk in them.”

How can that be?

2 Corinthians 5:21 “For our sake, God made Him (Christ) to be sin, who knew no sin, that we might become the righteousness of God.

1 Corinthians 1:30 “God made Christ our righteousness.”

He trades places with us.
That’s His choice.
That’s His judgment.
And Paul says, “One has died for all.”

And you, who were dead in your trespasses and the uncircumcision of your flesh, God made alive together with [Christ], having forgiven us all our trespasses, by canceling the record of debt, (record of unrighteousness) that stood against us with its legal demands, this he set aside, nailing it to the cross.

God nails our record of unrighteousness to the tree with Jesus… And at the cross, God looks at our judgments, our records of rights and wrongs; He takes a big red rubber stamp and He dips it in His own blood and stamps “CANCELLED” on every debt:

The Old Covenant has become the New Covenant. The Curse of Law has become the Blessing of Grace. Our records of unrighteousness have become His story of Righteousness, written upon our lives. Every sin has become a story of His Grace. Every point of my faithlessness reveals the wonder of His faithfulness.

You are not the deeds that you have done.
You are the person that God says you are.
You are chosen, justified, sanctified, and redeemed.
You are dearly beloved…
You are the creation of God’s Word.

You are made righteous in and through Jesus Christ.
He alone is your righteousness.
Place Him, who is Relentless Love, like a seal over your heart.
Put on the Breastplate of Righteousness.