The Helmet of Salvation. What Is It, and How Do We “Take” It? 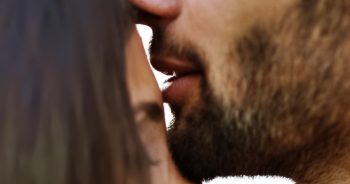 In Ephesians 6, Paul encourages us: “Be strong in the Lord and in the strength of his might. Put on the whole armor of God, that you may be able to stand against the schemes of the devil…take the helmet of salvation.”

What is the helmet of salvation and how, as Paul encourages us to do, do we “take” it?

In Ephesians 6, Paul is clearly quoting Isaiah 59 who also mentions “the helmet of salvation.” In this passage, I don’t think Isaiah’s just talking about our salvation; he’s talking about someone else’s salvation.

Did you catch that? His own arm brought Him salvation. Almost like God got saved…BY God!

Well, although the threat of a terrorist or murderer is scary, ultimately, those aren’t the people that can most deeply hurt us. The people that have the most power to hurt us are the people we’re closest to. They have the power because we’ve given them that power… And that power is called love.

You see, terrorists and mass murderers only have power to hurt my body–my flesh, but my wife and kids (the people I love) have the power to break my heart and nail it to a tree. Only they have the power to truly make me angry (that’s called wrath).

You see? if my kids or my wife commit some sin, I feel the pain of that sin…even though I didn’t commit the sin. If they’re cursed…then I’m cursed. If they need salvation… I need salvation.

Because I love them so, I earnestly want them to love me so. In other words, I want justice and need to be saved from injustice.

“Yahweh saw there was no justice and his own arm brought him salvation.”

You know, I don’t think the devil has the power to nail Jesus to a tree…but you do…and you did… God gave you that power. He must love you a lot!

Well, you see? If the people I love are not saved…I’m not saved. Even if (especially if) I’m angry at them. I cannot rest. I need salvation. I need the anger resolved in order to enter rest–shalom.

Someone needs to bring Yahweh salvation. He is Love. Love is Just. He is Love and He is Just. And that’s the drama of the whole Old Testament: Who’s going to save Yahweh from Himself? (It’s a bit shocking when you see it.)

He loves Adam and Eve, but He said, “The day you eat of it, you will surely die.” Well, if they die, does He die? He loves them! He loves humanity but according to Genesis 6:6, it grieves His heart that He made them, so He floods the earth but lets one get away. It’s like He can’t help Himself. He’s addicted; He’s addicted to you! And He chooses Abraham, Isaac, and Jacob who becomes Israel, and it’s just agony for Yahweh.

He just longs to be with His people, but if He’s with them He’s afraid He’ll destroy them…that He’ll “break out against them.” Read Isaiah or any of the prophets and you’ll see it. He’s madly in love with Israel, yet He vows to destroy Israel. Yet, He vows to make her His Body and Bride. See? Yahweh needs help! He is Love, and He is justice all at once, and that just spells a whole lot of pain.

So, what’s the answer to this pain? This tension and need for salvation?

Isaiah 59 talks about God’s own arm bringing him salvation” and that “he will repay…” The Hebrew word here (before the vowels were added one thousand years later) for “repay” is shalawm or shilame both based on shalom. Shalawm means: “to make shalom.” God’s answer, His vengeance, is to make peace. Psalm 62:12 reveals that God repays— shalawms our sin with hesed–that’s Grace.

And in chapter 53, He’s already made it very clear that His strong arm is the “suffering servant” on whom the “Lord laid the iniquity of us all” because “he numbered himself with the transgressors” and made intercession.  “It was the will of the Lord to crush Him.” At the cross, you confess your sins and God in Christ Jesus crushes them, transforming them to Grace: “Where sin increased Grace abounded all the more.” And Grace changes us: “The one forgiven much loves much,” said Jesus.

God is Love; God is Just, and “God is Salvation”–That’s Jesus.
Jesus reveals that God is Just . . .
He hates sin . . .
AND He adores you; He delights in you; He loves you—a sinner.

God’s vengeance is to make shalom. No one can fully explain it (Romans 11:33), and yet we can see that He did it, nailed to a tree, in a garden, as He lifted His head and cried, “It is finished.” If He said that in Hebrew, He might well have said, “Shawlam”– “I have made Shawlam–Peace.” And He made peace for all!

In Isaiah 66 we read: “ALL flesh shall come to worship before me, declares the Lord.” If you take Scripture seriously at all, this clearly means that one glorious, eternal day, everyone–“ALL flesh” will experience God is salvation! We will all be saved, and God will be saved, for all His children will be justified. They will love as they’ve been loved.

When we know that, when we know Him then we go to battle with Him—the Great Warrior.
We are His Body, and He is our Head (our Husband); He Himself is our helmet, our parikephalaion in Greek (meaning about the head).

Paul wrote, “Take the helmet of salvation.” The Greek word translated “take” is dexasthe; it means “receive”, “accept”, “welcome.”
Openly receive your Husband and His hesed —His gracious loving-kindness toward you. He alone is your salvation.
Carry that truth—the Truth—everywhere with you; wear Him like a helmet on your head. It will change the way you think and the way you engage with everyone around you.