The Light is Eternal 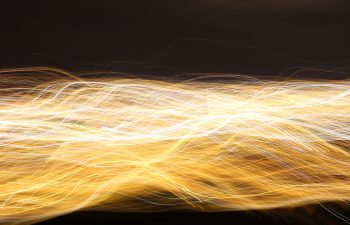 Theoretically, if I could travel at the speed of light, time for me would stop. It would always be NOW. And all your life would be eternally present to me—past, present, and future—NOW. I’d see your whole life in the eternal NOW.

I can’t travel at the speed of light. But light can and does. In The Elegant Universe, Brian Greene writes, “Light does not get old. A photon that emerged from the Big Bang is the same age today as it was then.”

So when He looks at you, He sees all of you: yesterday, today, and forever. And when He forgives you, it’s all of you. He’s never surprised by you.

Which sins did He die for?

Was it only the ones you’ve confessed up till now? So you worry that if He knew this or that about your past the deal would be off?

If you hide a sin in the past, you just build a coffin for yourself now. You close your eyes to the light and climb in . . . even though He has forgiven all your sins in the past.

Is it only our sins in the past that He’s forgiven? Such that you have to worry about failing in the future? If you do worry, you only build a coffin for yourself now and then climb in . . . even though He has already died for the sins you’ll commit tomorrow. He already knows: If you fail tomorrow, He won’t say, “Oh no!—I forgot that one.”

“There is therefore now no condemnation for those in Christ Jesus,” writes Paul. (Romans 8:1) I think He means no condemnation. Remember? You are already “seated in the heavenly places with Christ.” (Eph. 2:6) So when God forgives your sins, He forgives all your sins. And when the Light descends into darkness, He descends into all your darkness. He is the end of all darkness and all time.