The Mystery of Christ 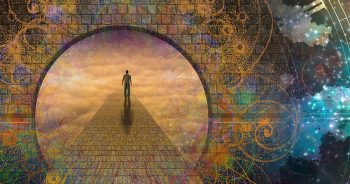 Have you ever wondered what the mystery of Christ is? Paul writes quite clearly about it in his letters to the Ephesians and Colossians but it seems that we, the Church, have often missed it. The declaration of this mystery was so vital in Paul’s ministry that we learn it is on account of it that he was in prison (Colossians 4:3).

In his letters, Paul tells us that he was given insight into the mystery of Christ. Here’s what he writes about it: “The mystery of Christ, which was not made known to the sons of men in other generations as it has now been revealed to his holy apostles and prophets by the Spirit.  This mystery is that the Gentiles are fellow heirs, members of the same body, and partakers of the promise in Christ Jesus through the gospel” (Ephesians 3:4b-6).

Who are “the Gentiles?”

For Paul, (before he was given insight into the mystery of Christ) the Gentiles were the children of wrath, the unbelievers, the unsaved, the people on the other side of a dividing wall of hostility. They were the people destined for the valley of dry bones or are already there.

Now listen to the verse again: “This mystery is that the Gentiles are fellow heirs; members of the same body, and partakers of the promise in Christ Jesus through the gospel” (Ephesians 3:4b-6). Not “SOME Gentiles” but “ THE Gentiles.”

Dear Isaac (father of Israel),
Ishmael (father of the Arabs) is your brother.

Dear Jacob,
Esau is your brother and fellow-heir.

Dear Judah,
The lost tribes (the Samaritans) are your family.

To all who think you are “in” and others are “out,”
The people on the other side of the wall are your family. And that family is your inheritance, the Kingdom of God your Father.

Do you hear—Chosen People—those of you who think you are “in,” “chosen,” while others are not? The NOT Chosen People—the Gentiles—are your brothers and sisters and fellow heirs.

The mystery of Christ is that the un-chosen are chosen in Christ Jesus. This mystery is that the unbelievers are fellow heirs in Christ Jesus. And yet Scripture also reveals that apart from faith in Jesus—literally, the faith of Jesus, none can enter the kingdom of God. And many die without confessing faith, so how can this be?

Well, it’s hard to explain all God’s judgment, but in the next chapter (Ephesians 4), Paul tells us Jesus descended into the depths of the earth and “led a host of captives free.”

In Corinthians, Paul talks about baptizing people on behalf of the dead.

Peter writes, “Jesus preached to the spirits in prison, who formerly did not obey.” Then in I Peter 4:6: “The gospel was preached even to those who were dead, that though judged in the flesh the way people are, they might live in the spirit the way God does.” And Jesus said something even more amazing: “The gates of Sheol—the gates of Hades—the gates of Hell will not prevail against my church.”

Now, read how Paul describes the ministry that was given him: “To me, though I am the very least of all the saints, this grace was given, to preach to the Gentiles the unsearchable riches of Christ, and to bring to light for everyone what is the plan of the mystery hidden for ages in God who created all things, so that through the church the manifold wisdom of God might now be made known to the rulers and authorities [principalities and powers in the King James Version] in the heavenly places.”—Ephesians 3:6-10

Wow! Paul told us in Ephesians 1:10 that God’s plan is to anakephalaió—unite all things in Christ, breaking down the dividing wall of hostility. And now in Ephesians 3:9, His plan is also to announce His manifold wisdom (His victory) to “the principalities and powers in the heavenly places” through the Church, which is you . . . and me. And I bet you thought that through you He just wanted to have a bake sale and deliver a pamphlet to the people across the street.

The principalities and powers are under the dominion of the dragon, who is satan, whom Jesus called “the ruler of this world.” But the ruler is judged and cast out at the cross…  God’s plan is victorious and He will unite ALL in Christ.“The light shines in the darkness, and the darkness has not understood it—comprehended it or overcome it.”

God is light and God is Love.
Love was revealed on the cross.

The principalities and powers try to keep us in bondage by convincing us that God is not love, and grace is an illusion; that Christ was not crucified for the sins of the world; that love is a lie—a mere idea, a logos, a word without substance.

The truth is, God is Love.
And with His Word, He creates all things and redeems all things.