Wearing Shoes of Peace in a Battle Zone 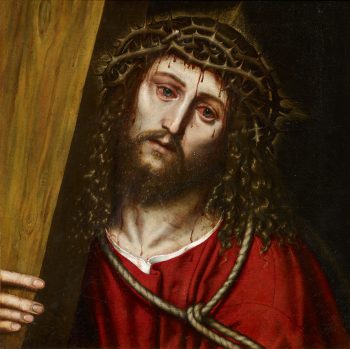 What does it mean to “put on the readiness given by the gospel of peace?”

Paul writes, “Stand therefore having put on the shoes of the gospel of peace.” As Paul wrote Ephesians, he was chained to a wall in a prison cell for having offended every rule and authority with the proclamation of peace. Paul isn’t saying, “Fight for peace;” he’s saying, “Fight with peace.” Ephesians 6:14 says, “Having your feet shod with the equipment of the good news of peace”—(Strap peace to your feet and walk into war.)”

In Ephesians, he wrote: “Keep peace on your feet.” In Philippians, he wrote: “Have no anxiety about anything,” and “My imprisonment has really served to advance the gospel.” Gospel means good news–the Gospel of Peace.

Paul exercised real peace in the midst of absolute chaos. And I think we have a name for that kind of peace; we call it courage. And when we think of it that way, peace becomes rather attractive; it’s honest peace that doesn’t suck the life out of things, rather, it breathes life into everything–creating adventure.

Courage is peace on display in the midst of chaos. Courage is why James Bond is cool. (Five seconds is left on the detonator to a nuclear warhead that will annihilate civilization, and James Bond is cracking jokes and picking up chicks.) Courage is why every hero and heroine is cool. Yet, it’s so hard to be cool when life feels so out of control.

But Jesus was not an actor. He is actually the Word of the Author, and Jesus is cool. He is the “Prince of Peace.” He takes a nap in a little boat. Floating on the abyss in a raging storm He naps on the skin of chaos. That’s cool!

He hangs on a cross, crucified by all of us–who want to take His crown, and the rulers and authorities threatened by His life. He hangs on a cross, but He won’t stop loving, so even though it hurts like hell, He cries: “Father forgive…” and “Into your hands I commit my spirit.” He IS beauty, and He IS the Prince of “Cool.”

Not only was Jesus cool, He won’t stop until all are cool. Not only does He have shoes on His feet, He’s got shoes for everyone’s feet. Jesus is the Prince of Peace, and yet to His disciples, He said, “I have not come to bring peace…but a sword.”

What does that mean?

Well, in Scripture, peace is a lot more than just the cessation of war. In Hebrew, the word is shalom, it means that everything is good, and it’s not static, but dynamic; it’s righteousness in relationships of truth; it’s a city where everyone and every interaction is good.

Whatever the case, Scripture seems pretty clear that we’re all going to arrive at the Seventh Day, at Peace–when everything is good and all is shalom.

But Paul also seems to be saying something amazing: “It’s also a weapon.” Do you remember when the Prince of Peace stood before Pilate, representing the power of Rome, and Pilate said, “Do you not know that I have the authority to release you or crucify you?” And Jesus–Prince of Peace having been stripped, beaten, and flogged, ready to die, looked Pilate in the face and said, “You would have absolutely no power over me except that which is granted you from above.”

That peace cut into Pilate’s heart like a sword. And that peace would soon drop a Roman Centurion to his knees saying, “Surely this was the Son of God.”

You see, Jesus didn’t just have peace, He proclaimed peace and that proclamation is a sword: “Stand therefore with your feet shod with the equipment of the Good News of Peace.” Jesus doesn’t just want you to have peace; He wants you to go to battle with the proclamation of peace, releasing people from the dominion of chaos and fear into His Kingdom of shalom. And He shows us how to do it on a cross!

“But now in Christ Jesus you who once were far off have been brought near by the blood of Christ. For he himself is our peace, who has made us both one and has broken down, in his flesh, the dividing wall of hostility by abolishing the law of commandments expressed in ordinances, that he might create in himself one new man in place of the two, so making peace, and might reconcile us both to God in one body through the cross, thereby killing the hostility.”

What a phrase: “Killing the hostility.” Verse 14: “He himself is our peace…” Maybe He didn’t come to bring peace because He Himself IS our peace, and His presence is a sword. He Himself is utterly hostile to hostility.