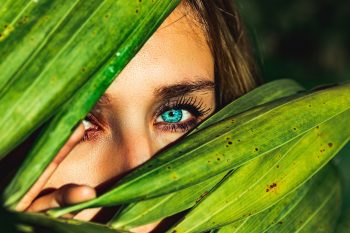 Since the 1920s physicists like Max Plank, Werner Heisenberg, Erwin Schrodinger, and Albert Einstein have been saying subatomic particles (which are the building blocks of matter—and you’re matter) are not actually there, only potentially there . . . until someone consciously observes them—that is . . . until someone thinks about them.

But early on, the serpent came in and tempted Adam and Eve into believing lies about God and His goodness, about themselves and whether or not God’s creation was good. He tempted them to doubt the reality God had created and instead of trusting Him, they attempted to create their own reality by taking fruit from the tree of the knowledge of good and evil and it led to Adam and Eve hiding from God in shame:

And the saddest part of hiding from God is, if you want to create your own reality, you cannot allow other observers or persons in your reality; for their reality will compete with your reality. So, you must create a reality without persons and thus without Love, which means without God, which means (from your perspective) you would not be observed and thus…not truly exist. You would be false…not alive…but dead–not substance but shadow–a phantasma in Greek, translated “phantom” or “ghost.”

We often hold ourselves captive in fear and shame, hiding in the shadows and death when we don’t need to. We hide, yet God never stops pursuing us (He’s in the garden crying out, “Where are you?” He never stops thinking about us, and His thoughts are His Logos, His Word, His Reason. And His Word became flesh and dwelt among us; we wrapped Him in swaddling cloths and laid Him in a manger, and His name is Jesus; He is God’s unending, relentless loving pursuit and sacrifice for all humanity, ever-present crying out, “Please don’t hide. Where are you?”

In Ephesians 4:9 Paul told us that Jesus “descended into the lower parts of the earth and ascended leading a host of captives free.”

Even if you trap yourself in a shadow self, in an illusion of life that is actually death, you cannot do so forever.

In Revelation 20:14 At the end of time as we know it, “Death and Hell are thrown in the lake of fire and death shall be no more.” The word translated “Hell” in many Bibles is usually Hades in the Greek and Sheol in the Hebrew. And that word does not mean what most American Christians think it means. Hades is not eternal and it is not only in the afterlife; Hades begins here and now, in our hearts and minds. Scripture is clear: death and hell (Hades) come to an end in a lake of eternal and consuming fire; our God is eternal and consuming fire. God is the end of Hell.

But why wait until the end to be free from hiding in the shadows? Why live as a shadow self— a false self, in fear and alone—when God longs for a relationship with you at this very moment?

Why hide?
He loves you.
And He is here for you right now. Leave the shadows and walk into His light.

This devotional was prepared by Kimberly Weynen, Peter Hiett’s assistant. It is a compilation of several devotional thoughts from Kimberly and excerpts from Peter’s sermon titled: “Get Real (a what or a who)” To read, watch or listen to the sermon in its entirety click here: Get Real and Renounce the Kingdom of Lies

*Discussion questions are available here: Discussion Questions “Get Real (and renounce the kingdom of lies)