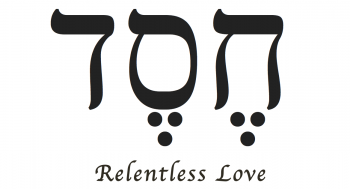 Sometimes we can find the most beautiful pictures of God’s steadfast love and mercy in the most obscure places in Scripture. Have you ever read the story in 1 Chronicles about David “numbering Israel?” In the story, David tells Joab and the commanders of the army to number Israel. Joab asks, Why? but Scripture tells us that “the king’s word prevailed against Joab.” Later in the story, we read: … God was displeased …and he struck Israel. And David said to God, “I have sinned greatly in that I have done this thing. But now, please take away the iniquity of your servant, for I have acted very foolishly.” And the Lord spoke to Gad, David’s seer, saying,  “Go and say to David, ‘Thus says the Lord, Three things I offer you; choose one of them, that I may do it to you.’  So Gad came to David and said to him, “Thus says the Lord, ‘Choose what you will:

1.Either three years of famine,

2.Or three months of devastation by your foes while the sword of your enemies overtakes you,

3.Or else three days of the sword of the Lord, pestilence on the land, with the angel of the Lord destroying throughout all the territory of Israel.’

But most Christians today think man’s mercy is much greater than God’s Mercy. Think about it: if a man tortures another man for a moment it violates the Geneva Convention, but many Christians argue that God tortures men endlessly without hope of Mercy.

But David said, “The Lord’s Mercy is very great”
“His steadfast love, (His mercy, His hesed), endures forever.”

That’s the most repeated line in Scripture! And it echoes throughout Scripture. Listen to one example through Jeremiah in Lamentations 3:22 “The Steadfast Love of the Lord never ceases, his mercies never come to an end.”

That means they cannot be counted. God’s Mercy is infinite.
It never comes to an end because it is the end of all things.
And yet, that doesn’t mean that we won’t experience pain on our journey through time.

Do you believe in the greatness of God’s mercy?

And check this out: it affected his heart. David is called, “The man after God’s own heart” (1 Samuel 13:14). And maybe this is why: in the verses that follow the above passage from 1 Chronicles, God was angry at David and Israel and He was about to destroy it but then read what happens:

…but as he [God] was about to destroy it, the Lord saw, and he relented from the calamity. And he said to the angel who was working destruction, “It is enough; now stay your hand.”…And David lifted his eyes and saw the angel of the Lord standing between earth and heaven, and in his hand a drawn sword stretched out over Jerusalem. Then David and the elders, clothed in sackcloth, fell upon their faces. And David said to God, “Was it not I who gave command to number the people? It is I who have sinned and done great evil. But these sheep, what have they done? Please let your hand, O Lord my God, be against me and against my father’s house. But do not let the plague be on your people.”

David says, “Let me suffer in place of the people.”

David’s trust in the truth that God is merciful made him merciful.
Trusting that our God is a God of mercy makes us merciful.
It imparts the very heart of God into us and makes us participants in the outpouring of His steadfast love, His mercy in this world.

David sees the Angel of the Lord standing over Jerusalem with a drawn sword and he says, “Let your hand be against me and my seed.” WOW! David says, “Let us sacrifice for the people.”

To sacrifice is to give your life for another.
And Jesus shows us the ultimate picture of sacrifice.
He pours out His life freely on the cross that we might have life.

Do you see what happened in the above passage of Scripture?

Mercy is Eternal—It never comes to an end, for it is the End… and the Beginning.

Oh, the depth of the riches and wisdom and knowledge of God! How unsearchable are his judgments and how inscrutable his ways! “For who has known the mind of the Lord, or who has been his counselor?” “Or who has given a gift to him that he might be repaid?” For from him and through him and to him are all things. To him be glory forever. Amen. I appeal to you therefore, brothers, by the mercies of God, to present your bodies as a living sacrifice, holy and acceptable to God, which is your spiritual worship. —Romans 11:33-12:1

This devotional was prepared by Kimberly Weynen, Peter Hiett’s assistant. It’s a compilation of devotional thoughts from Kimberly and excerpts from Peter’s sermon titled “The Count” You can read, watch or listen to the sermon in its entirety here: The Count.