Who Is My Neighbor? Do you look for loopholes in love? 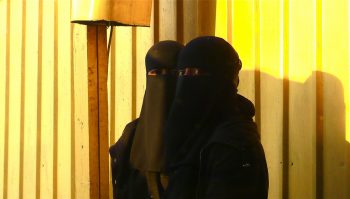 In Luke 10: 25–37 We read the story of a lawyer (not an expert in civil law, but rather an expert in the religious law) who asked Jesus what he could do to inherit eternal life. So Jesus asks, “How do you come to know about good and evil?”

So Jesus says to the lawyer, “That is correct” “You shall love the Lord your God with all your heart mind soul and strength and your neighbor as yourself.”

It’s interesting that when Jesus quotes the law in Greek, He doesn’t say, “You SHOULD love,” but “You SHALL love.” So most literally translated, Jesus says: “You WILL love the Lord your God with all your heart, mind, soul and strength and your neighbor as yourself.” “You will.”

Well, the lawyer obviously takes Jesus as a threat – so he quotes the law and Jesus says, “Correct. You will love your neighbor as yourself. Do this and live!”

The next verse says, “But he, desiring to justify himself, said to Jesus, ‘And who is my neighbor?’”

“Yeah…but…”
“Yeah…love my neighbor, but…is a hungry African kid, with whom I have no relationship, who might be an enemy, my neighbor?” said the lawyer trying to justify himself.

The lawyer wants a list. And we want a list. The law is a list and it’s not evil, but what we DO with it is evil. The law is a description of love. What will the lawyer do with it if he gets it?

Jesus replied,
“A man was going down from Jerusalem to Jericho, and he fell among robbers, who stripped him and beat him and departed, leaving him half dead.”

Jerusalem is the traditional site of the Garden of Eden and the Celestial City. Jericho is at the elevation of the Dead Sea— lowest point on earth— the Abyss. The man (the Adam in Hebrew) is descending from Jerusalem to Jericho. The Adam falls among robbers who stripped him. And now he’s half dead.

In that day, people were identified and justified with their clothing and their speech. This man cannot justify himself; he is literally naked humanity stripped of his fig leaves, unable to say a word, and unable to do a thing, unable to justify himself. Most likely, he’s a Jew, but we don’t know that. We have no relationship with him–kind of like a starving African kid.

Jesus continues the story:
“Now by chance a priest (who would be riding) was going down that road, and when he saw him he passed by on the other side.”

“Neighbor” can be translated “near,” but the priest doesn’t want to be near. And the listeners would consider him justified because according to the law, a priest was defiled if he touched the Gentile or came within four cubits of a corpse (ritual purification was humiliating, extremely costly, and took a week). He justifies himself, using the law, and so passes by on the other side.

“So likewise a Levite, when he came to the place and saw him, passed by on the other side.”

A Levite was like an assistant to the priest. He would’ve probably been walking. So he couldn’t have carried the man to safety, but he could’ve given first-aid. He likely would’ve known the priest passed by and he must have thought, “Yeah, I should love–but who am I to do what the priest didn’t do? And I too could be defiled, and the robbers must still be close. In fact, this man could be one of the robbers. So I don’t want to be near—I don’t want to be neighbors.” And so he justified himself and passed by on the other side.

The priest and the Levite both served in the temple in Jerusalem, and the listeners would expect the next character to be a Jewish layman coming from worship in the temple.

“But a Samaritan…
That would’ve come as a terrible shock to the listeners!
“But a Samaritan, as he journeyed, came to where he was, and when he saw him, he had compassion.”

…To hear about a Samaritan who had compassion on the naked, half dead, probably Jew would’ve just about stripped the listeners of all pride and crucified their psyches…

“He went to him (he chose to be near him) and bound up his wounds (the prophet said that God binds up our wounds), pouring on oil and wine.”

Jesus uses language that makes it clear that the Samaritan does what the Levites did in the temple, “pouring oil and wine.” “Oil and wine” were sacrificial libations in the temple, as well as first aid— (the oil softened wounds and the wine cleansed wounds). So the sacrifice was Mercy at a temple of flesh. Jesus often quoted the prophet who said, “I desire mercy, not sacrifice” (Hosea 6:6). The Samaritan fulfills the law that the Levite did not fulfill.

“Then he set him on his own animal and brought him to an inn and took care of him.”

The Samaritan does what the priest could’ve done and should’ve done. He not only gives first-aid, he brings the man to safety, and at great danger to himself…

“And the next day, he took out two denarii and gave them to the innkeeper, saying, ’Take care of him, and whatever more you spend, I will repay you when I come back.’”

The Samaritan is coming back. He will return again. And that’s the end.

Jesus says to the lawyer: “Which of these three, do you think, proved to be a neighbor to the man who fell among the robbers?”

The lawyer said, “The one who showed him mercy.” And Jesus said to him, “You go, and do likewise.”

Wow! The lawyer was judging Jesus, and I think Jesus just judged the lawyer. . . With this story and a question— “Who justified the Adam?” “Who proved to be his helper?” “Who became his neighbor?”

The lawyer asked, “Who’s my neighbor?”
And Jesus got him to confess, “The enemy-who came to the fallen, naked, half dead man— the one who showed the Adam mercy. That’s the neighbor.”

Well, is that the lawyer’s neighbor? If so, it kind of makes the lawyer into the fallen, naked, half dead man with one foot in the grave–that is Hades or Sheol— that is Hell.

In John 8, the Jews, who had made themselves enemies of Jesus, say to Jesus, “Are we right in saying that you are a Samaritan and you have a demon?” And Jesus says, “Well, I don’t have a demon…”

So this is the judgment: “Will you allow yourself to be loved by your scapegoat – the one you hated in order to justify yourself?”
But Jesus still says, “Go and do likewise.” So should we try to “Go and do likewise”–even if we’re dead? I think so. I think that’s how we discover that we are dead. That’s the purpose of the law. That’s how I learn about the good and discover I’m not good. Then when I’ve realized that I’m not the Samaritan, I can finally meet the Samaritan.

When I see that I can’t justify myself…
I can finally believe that I am justified.
When I face my sin…
I can begin to believe Grace.
When I stop trying to take “the Good”…
I can finally be known by “the Good.”
And I can know the Good, not the dead good–the law, but the living incarnate Good!